By LRU Writer | On: April 23, 2017
We have heard many of the failure of the marriage in our surrounding and also in the entertainment industry. This thing has been quite a normal thing and we are used to taking all of it but when that particular thing happens with loving and moreover your favorite couple, that could be a devastating one. 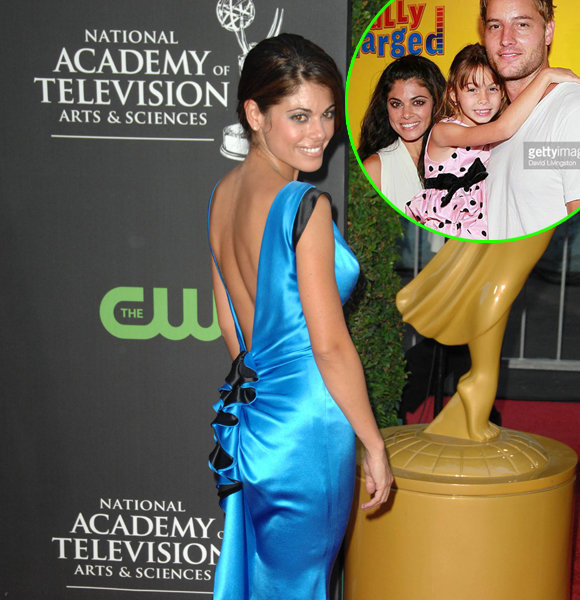 We have heard many of the failure of the marriage in our surrounding and also in the entertainment industry. This thing has been quite a regular thing, and we are used to taking all of it, but when that particular thing happens with loving and moreover your favorite couple, that could be a devastating one.

Many must have gone through the same situation after they discovered “Days of Our Lives” star Lindsay Hartley filed for divorce from “This is Us” star, Justin Hartley. Know more about her divorce and her brave daughter about whom she talks about, in our story today.

Separated from husband but is she dating, now?

Lindsay has been ruling in the heart of with her tremendous work in several series. Talking about her personal life, we are very much familiar that she got married to her co-star from soap opera “Passion,” Justin Hartley. The pair started dating after working together in the series and after dating for six months and got engaged on 13th November 2003. Caption: Lindsay Hartley got married to her co-star from ‘Passion’ Justin Hartley on 2004, after getting engaged for six months.

Later they made their relation legally official on 1st May 2004. They were married for eight years until Lindsay Hartley filed for divorce on May 6, 2012, citing ‘irreconcilable difference’ as the ultimate reason.

The couple is blessed with a daughter, Isabella Justice Hartley on July 3, 2004. Caption: Linsday Hartley and her then husband Justin Hartley welcomed their first child just after a couple of months of marriage.

Lindsay’s ex-husband has already moved on with another partner. He has been dating actress Chrisell Stause since January 2014. The duo made their relation official after getting engaged on 2016.

On the other side, it seems the mother one is still not ready to move on with another relation. Lindsay Hartley is possibly single.

Her relationship with Daughter:

After Lindsay filed for divorce, she also asked for joint physical and legal custody of her daughter. As of now, the former pair is solemn about their parenthood.

“My daughter is going to be 12 on July 3 so she’s like a young girl herself. This girl is even older, and you have to give that child a lot of space, which is what we as mothers do anyway as kids get older.”

Further, she added how they are so similar as a kid. She said,

“We didn't have school yesterday for teacher in-service day so we went to Disneyland because she just got accepted at this performing arts school. So we went on Splash Mountain, her first time ever.

“I was so proud of her because she's kind of a scaredy-cat. She's getting more brave now. We were on the ride and I was like, "Oh my God, I feel like a bad parent. I hope she doesn't freak out when we go down that big drop." She was great. She didn't love it, but she made it through. But you know how they have a picture at the end? Her face looks so scared and focused, like super-focused. That's how I look so much of the time, when I'm really focusing on something. And she had that exact picture. She goes, "I look like you." I'm like, "You do."

From all this what we can say is, Lindsay Hartley is for now very busy in motherhood, and further she is also moving on to build up her career.

On the set of filming Death House, I was amazed to see how the cast and crew were so unbelievably loving, happy, and connected. They attributed this to both our director, Harrison Smith, and the bond that being a part of the horror genre creates. I feel blessed, humbled, and honored to step into this field, and to be creating with such iconic actors. I only hope I don't let anyone down, and I scare you; completely!! #horror #horrorgenre #horrorfamily #horrorfilm #instahorror @deathhousemovie #harrisonsmith @screamhorrormagazine #fiveevils #Balthoriaiscomingtogetyou #beafraid ???? ????????

All the work of the California native in different movies and series must have helped a lot to make an impressive amount of net worth. Despite all her work the exact figure of her net worth is not revealed officially but is expected to be in millions.