By LRU Writer | On: January 21, 2020
Demi-Leigh Nel-Peters is 2017’s Miss South Africa...secured the prestigious title of Miss Universe...launched the Unbreakable campaign...in a relationship with Tim Tebow since 2018....got engaged on 9th January...married on 20th January 2020...their wedding...parents got divorced when she was very young...stands at a height of...her ethnicity...at the age of... 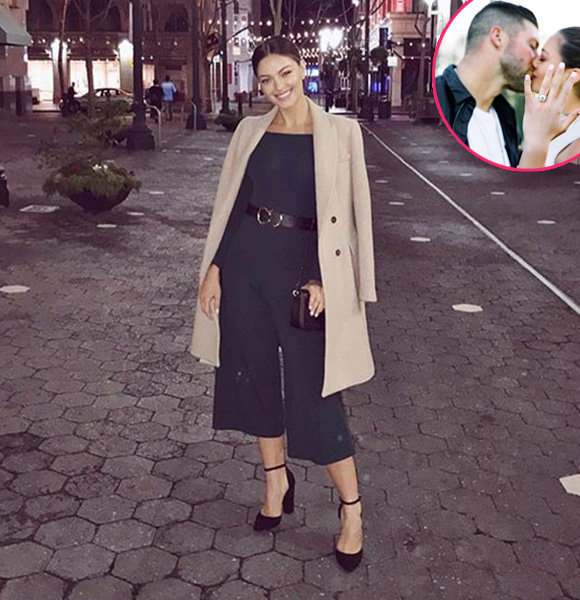 Demi-Leigh Nel-Peters is 2017’s Miss South Africa, who went on to win the prestigious title of Miss Universe the same year.

She is also a model who has used her platform for the greater good; she has launched the Unbreakable campaign whose goal was to empower women by teaching them self defense techniques.

Demi has been in a relationship with Tim Tebow since 2018. The two got engaged on 9th January a year earlier after Tim surprised Demi with a proposal at his family’s farm outside Jacksonville, Florida.

The former beauty pageant winner said yes, and Tim slipped a 7.25-carat solitaire ring on her finger. Following the engagement, the two were quick to express their excitement for their wedding.

After a year of planning and preparation, the couple tied the knot on 20th January 2020 at La Paris Estate in Cape Town, South Africa. Demi and her husband exchanged their vows in an intimate sunset ceremony with 260 guests present. The bride wore a custom made gown from David's Bridal while the groom donned a tuxedo designed by Antar Levar.

Who Is Tim Tebow?

Born on 14th August 1987 in Makati, Philippines, Timothy Richard Tebow is a former football player who retired in 2015 and is currently playing baseball professionally. He is an outfielder for Syracuse Mets.

He had a very illustrious career in football and was regarded by many as the greatest player in the history of college football.

Throughout his NFL career, he played for the Denver Broncos, New York Jets, New England Patriots, and Philadelphia Eagles.

She was born on 28th June 1995 in South Africa to Bennie Peters and Anne-Mari Steenkamp.

Her parents got divorced when she was very young and started their own families. She grew up with both her parents and step-parents; she says that she is blessed to have four parents.

She also had a half-sister, who was born to her father and step-mother Elzabe Peters. Unfortunately, Elzabe was born without a cerebellum and passed away at the age of 13 in May of 2019.