By LRU Writer | On: September 27, 2019
Devin Druid is back again in the lead role with a new horror movie...actor is madly and truly in love with the Australian model girlfriend...love for each other grow bigger and bigger with each passing day, they are sure to take their relationship to a... later fueled his passion for acting when he received a standing ovation in one of his... 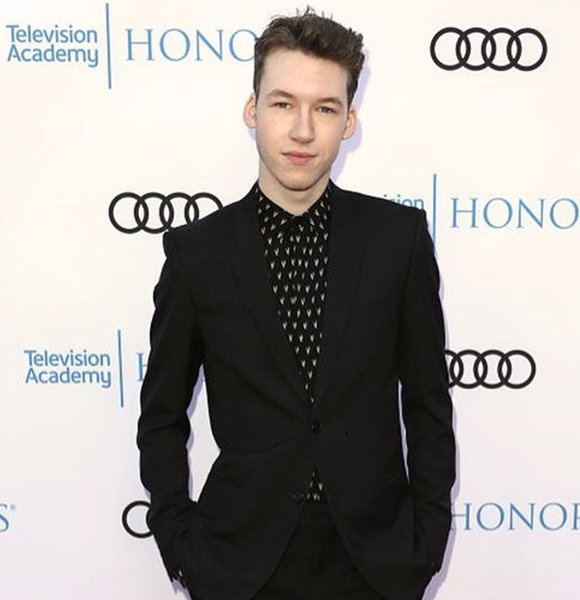 Like the success of 13 Reasons Why was not enough, Devin Druid is back again in the lead role with a new horror movie - The Pale Door.

Co-produced by Joe R. Lansdale, the movie shoot is underway in Oklahoma, and Devin’s fans are excited to watch their favorite actor back in action.

Gaining unprecedented stardom from the role of Louie in the 2014 movie Louie, Devin has improved his acting qualities. To know more about the star, let’s go further down!

When you talk about being in love, it only gets better for Devin Druid. The 6 foot (1.83m) actor is madly and truly in love with the Australian model girlfriend, Annie Marie.

The loving couple had been dating for a year or so and celebrated their first anniversary in July 2019. They look almost inseparable appearing in each other’s Instagram now and then. As of late, Devin and Annie also attended the opening ceremony of Universal Studios’ Halloween Horror Nights in September 2019, where they looked dapper together as always. Seeing their love for each other grow bigger with each passing day, they are sure to take their relationship to a new height in the coming years.

Devin Druid - age 21 - comes from a family of four in Richmond, Virginia. Ever since a young age, he was willing to give it all in front of the audience. The same willingness later fueled his passion for acting when he received a standing ovation in one of his school’s talent show.

After that, he practiced even harder to get featured in big acting projects. His elder brother Aidan Fiske who had also been through the same also encouraged him. Now, he is on a different level of his own.

Similarly, his exposure to the film industry has made him a very outspoken person in general. When he was asked about the brutal gay sex scene in the series, the actor gracefully stated it as an ongoing culture of the society, and it was a message to all the people.

Net Worth From TV Shows, Movies

Devin Druid was always amongst the mix of young emerging actors of the film industry. At first, he featured in small roles for TV Series Documentaries and short shows like Fatal Encounter and Disgrace between 2012-13.

Further, he had just entered the TV series categories when his big call up in the lead role for the series Louie Arrived in 2014. From then, it was always an uphill climb to success for young Devin.

His 2017 Netflix Original Series 13 Reasons Why was also one of his most liked works where he mustered a pay of $135,000 per episode. In addition to that, he also bags a decent salary of $49,923, which only files up in his vast celebrity net worth.