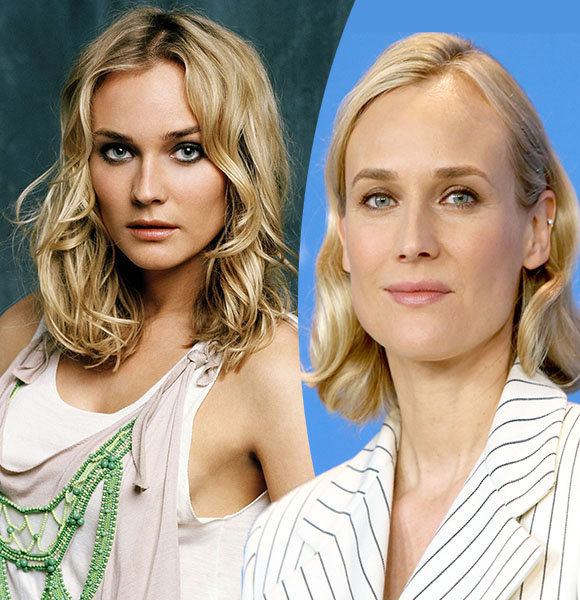 Diane Kruger is a fashion model turned actress but she didn't always aspire to be in the acting field. The American-German star previously wanted to be a ballerina but went on to try her luck in modeling after an injury shattered her dreams of becoming a professional ballerina.

Diane's modeling career, in turn, proved to be favorable for her as her popularity and success landed her multiple roles in Hollywood. The pair made headlines back in March 2017 when they were spotted holding hands and kissing each other while exiting a bar in New York. Diane and Norman seemed to be in a happy and playful mood as the actor spun Diane around while dancing on the street. The gesture was enough to make their relationship official to the public.

Furthermore, though they are not married, the couple welcomed their first child in November 2018. However, neither of the two revealed the gender of their child up until December 2018. The child was indeed a baby girl.

Before her relationship with Norman, Diane was romantically involved with a handful of men.

Initially, she was married to French actor, Guillaume Canet from 2001 to 2006. They began dating in 1999 and just after two years of dating, Diane and her now ex-husband wedded on 1 September 2001.

However, their relationship did not last long as she divorced Guillaume in 2006 due to their problems with a long-distance marriage. Diane didn't have any children from the marriage.

After that, the Troy actress briefly dated Chris Heinz- an American businessman and investor- from 2004 to 2005.

Following her breakup with Chris, Diane got in a long-lasting relationship of 10 years with Joshua Jackson, an American-Canadian actor. The couple started dating in 2006 and stayed together for 10 years before splitting in July 2016. The duo separated as Diane was unwilling to leave France to be with her then-boyfriend Joshua in New York City.

This Might Interest You:- Joshua Jackson Wife, Girlfriend, Net Worth

Further, the actress shared that she felt liberated after the breakup with Joshua. Both of them have decided to remain good friends even after their breakup.

Nevertheless, the rumors of their reconciliation sparked when they were seen together in August 2016 at the Los Angeles Airport. The rumor, however, was a false one after all.

As of now, Joshua is happily married to Jodie-Turner Smith and the news of them expecting their first child came in December 2019.