By LRU Writer | On: July 26, 2019
Dionne Miller is an American....began her career working as a...married to a person in a similar field...married for a decade...two children together..a son named... daughter...live in Northwest Side of Chicago In the harsh male-dominated industry of Sports-Journalism, reporter Dionne Miller has managed to go farther than most even dream. She has cracked the code of the broadcasting sector and made her a prominent elite in the field.

Scroll down below to read the detailed wiki-like-bio on the reporter's professional life, her salary & married staus!

Born on the 18th of October 1978 in North-East Ohio, Dionne Miller spent most of her childhood growing up in Amish Country. Later on, she moved to Florida with her family.

Not a lot of details on her past is known. However, what is known is that she completed her education from the east coast of the states. Dionne pursued her higher-level studies from the Sarasota Christian High School in Florida and later attended a Christian Liberal arts college in Southwestern New York named Houghton College.

Having a successful career isn't the only thing Dionne Miller is blessed with in life; she also has a blissful married life. The reporter is happily married to Ray Crawford. Like herself, Ray is an anchor and reporter. 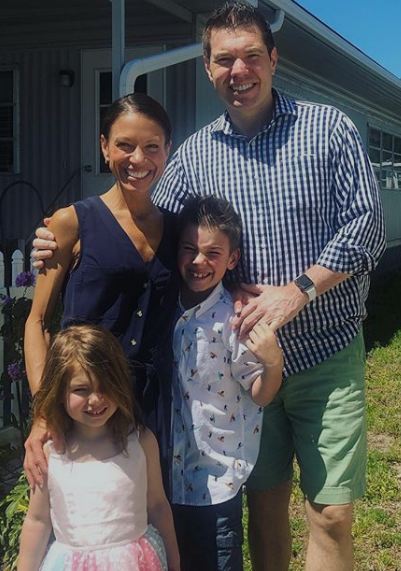 Engaged in 2008 and married for a decade now, the couple has kept most of the details of their relationship private. However, few things are known; the duo are parents to two children. Their first child is a son named Cash followed by a daughter named Noa.

While Cash and Noa are Dionne’s only kids, Ray has two more from his past relationship. Ray has a son named Chase and a daughter, Hannah.

Dionne began her career in broadcasting as a sports reporter at KSVI/KHMT in Billings, Montana. She quickly moved up the ladder, WPTZ in Burlington, Vermont as a weekend sports anchor. After that, Dionne served as the main anchor of Columbus Sports Network.

Dionne reached the height of her career when she joined ABC7 as an anchor and sports reporter for the weekend in October 2014.

Her impressive work has allowed the reported to enjoy a lavish lifestyle. Back in 2016, along with her husband, Dionne bought a French Colonial-style house with four-bedroom spanning across 3,424-square-foot, for $705K on the Far Northwest Side of Chicago.

Although the exact figure of her salary remains unknown, she undoubtedly earns more than the average salary of $50K.