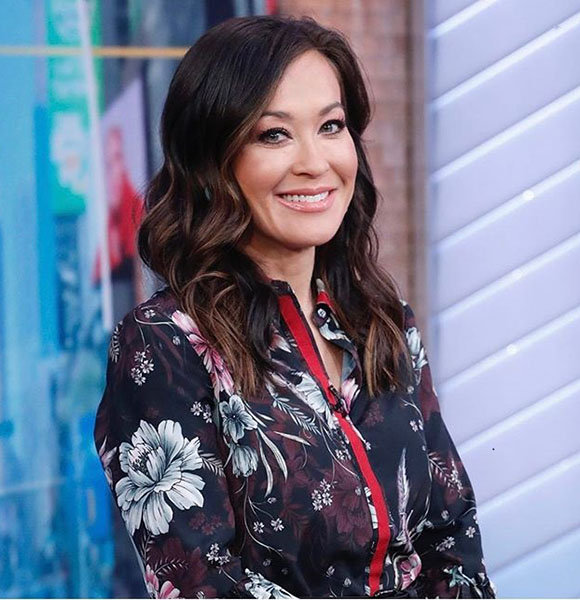 Eva Pilgrim is an esteemed broadcast journalist, who joined the ABC News family on December 2015.

Operating from the greater New York City Area as the network's correspondent, she covers breaking news as well as co-anchors Good Morning America during the weekends.

Before joining WPVI, the gorgeous journo applied her trades at WXIN TV for three years and a month. Between December 2006 and May 2009, she was Fox Charlotte's anchor/reporter.

At WVVA, Eva recieved her first shot at anchoring. From 2004 and 2006, she worked relentlessly to hone her reporting skills. She had arrived at WVVA after working for two years as a web producer.

Male admirers of Eva felt slighted when she surprised them with a tweet about being married and having a husband. They probably couldn't discern the tongue in cheek aspect of the stated tweet which dates back to July 2012.

The fans' concern was genuine as Eva was dating Clayton Anderson at the time. While together, she and Clayton embodied relationship goals, showing each other on their respective social media. The duo's closest friends were probably banking on recieving an invitation to the wedding.

But, by the summer of 2017, Eva and her once-husband Clayton's romance had petered out. When 2018 kicked around, Eva began flaunting her new man on Instagram. February that year, she and her alleged boyfriend traveled to Jamaica for a romantic getaway.

30th of August 1982 reads as Eva's date of birth. She was born in Korea to a mixed-racial couple. Her American father met her Korean mother while serving in the military in Korea.

Along with her biological parents, Eva, of Asian-American ethnicity, migrated as a baby. Of the two guardians, she considers her mother as her role models. Her grandmother was of North Korean descent, who later sought asylum in the South.

As a middle schooler, Eva began dreaming about being a reporter. Growing up, she idolized Asian-American journalists, including Juju Chang, Lisa Lang, and Ann Curry.

A decade after her foray into the world of broadcasting, she got hired by ABC as its correspondent. Eva's experience, coupled with her popularity, should guarantee her a five-figure sum salary from the network.