By LRU Writer | On: January 05, 2020
Diplo is an American DJ and rapper who is mostly famous for his songs like...he has had a long dating history...as he has dated Katy Perry and also...he is currently seeing a mysterious girl...the real name of the rapper is...and he was born on 10th November...at the age of...his girlfriend...relationship with baby mama...their sons...that he might be gay... 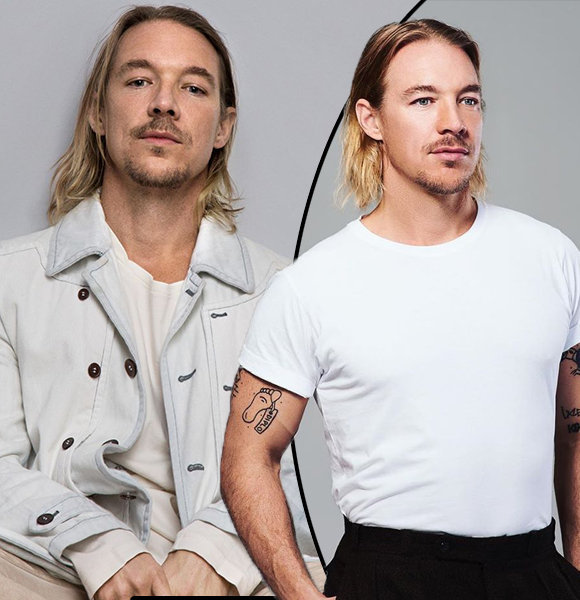 Famous American DJ Diplo, who is also a record producer & executive, songwriter, music producer, and rapper all in one, now has become a fan favorite through his amazing beats and groovy songs.

Also, he is the co-creator and lead member of the dancehall music group, Major Lazer. He has also formed a supergroup with fellow singers Sia and Labrinth, called "LSD," delivering some addictive hits like 'Thunderclouds.'

The American DJ/producer is very much active when it comes to dating and relationships; he has been romantically involved with a number of women, including Katy Perry, Kendall Jenner, and Kate Hudson.

In March 2019, he was seen spending some romantic time with a mysterious girl at Miami beach.

The two looked pretty comfortable in the company of each other, and Diplo couldn't seem to take his hands off of her. Diplo spotted with a mysterious girl at Miami beach in March 2019 (Photo: dailymail.co.uk)

However, there is no further update about Diplo's relationship with this unidentified Miami girl.

Diplo initially dated a Sri Lankan and British rapper M.I.A. in 2003, who is mostly known for her hits, Paper Planes, Bad Girls, and Bring the Noize. The pair had a five-year-long relationship before finally splitting in 2008.

In 2009, Diplo fell in love with an event planner named Kathryn Lockhart, and the two began to date. However, the relationship didn't last as the couple decided to break up and go their separate ways in April 2014.

Though Diplo and Kathryn were not married, they have two children together. Their first son, Lockett, was born in 2010 while their second son, Lazer, was born in 2014 after their breakup. Following the breakup from his baby mama, Diplo started to date famous pop singer Katy Perry in 2014. They stayed together for less than a year and called it quits in 2015.

Moreover, Diplo was also rumored to be dating Kate Hudson in 2017 following their closeness at an Oscars after-party.

Further, in 2018, the DJ was seen being extremely flirty with the supermodel Kendall Jenner at the Coachella music festival.