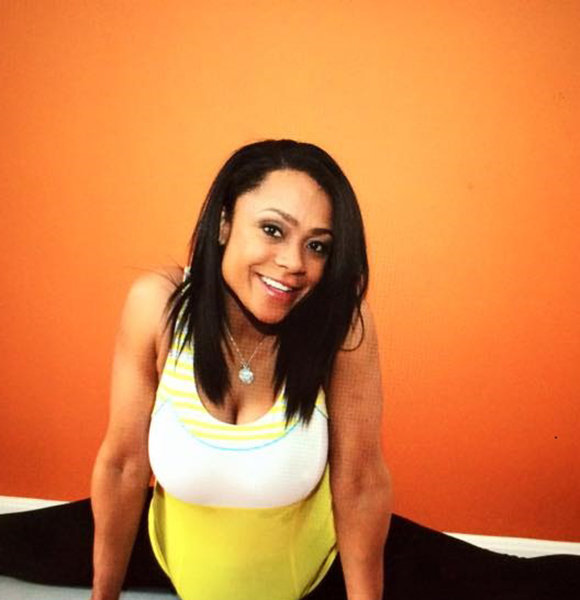 Known as 'Awesome Dawesome,' in the gymnastics community, Dominique Dawes is the first African-American athlete to win an Olympic gold medal in gymnastics.

Having won three medals playing for three different teams in 1992, 1996 and 2000, Dominique has cemented her name among the elites.

Dominique Dawes was born on 20 November 1976 in Silver Spring, Maryland. She belongs to Afro-American ethnicity, .and was raised in the family of Don and Loretta Dawes. Besides Dominique, her parents had two more children: a son named Don Dawes, Jr. and a daughter, Danielle Dawes-Thompson. She is the middle child - older sister to Don.

Baby After Four Miscarriage:- Michele Tafoya got Pregnant at the age of 40: Mother's Sacrifice for Her Baby: Married life, Husband

As for her education, Dominique first attended the Montgomery Blair High School. Later, she enrolled at Stanford University for her higher studies. Dominique eventually earned a BA in communications from the University of Maryland in 2002.

Regarding her physical appearance, even at the age of 42, the gymnast has kept herself a fit woman. Dominique has a well-maintained body with a weight of 54 kgs and a height of 5 feet 2 inches (1.58 m).

Dominique has been successful in her personal life, just like her professional one. She is happily married to a man named Jeff Thomas. Engaged in December 2012, the pair rang the wedding bells on the 25th of May 2013.

Just a year after their union, the couple welcomed their first daughter named Kateri, followed by another daughter Quinn in 2015. However, in 2017, the mother of two suffered from complications during her pregnancy that led to a miscarriage. 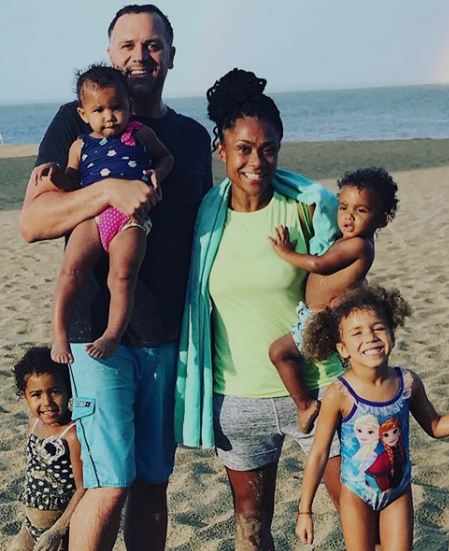 Nevertheless, moving past the turmoil, the couple were later blessed with twins. Dominique and Jeff expanded their family with children Lincoln and Dakota in January 2018.

Gymnast Dominique Dawes began her journey at the tender age of six. By ten years old, she was competing as a junior elite.

In 1988, Dominique traveled to Australia to participate in the Konica Grand Prix, her first international meet. By the 1990s, she was going all across the world to represent her country. Dominique reached the height of her career in the 1996 Olympic Games when she won gold for the USA.

Surprised Everyone in Rio:- Andre De Grasse Grabbed Silver in 200m Race. Who's His First Girlfriend?

Apart from her outstanding run with gymnastics, Dominique has also explored a career in entertainment. She has appeared in classics like Missy Elliott: We Run This in 2006 and The Bronze in 2015.

As a result of her hard work, Dominique enjoys a net worth of $2.5 million. Now, she relishes a happy life with her family in Silver Spring, Maryland, US.,