After Four Miscarriages, Michele Tafoya got Pregnant at the age of 40: Mother's Sacrifice for Her Baby: Married life, Husband

By LRU Writer | On: April 30, 2019
Nobody can’t imagine how devastating could it be for a mother to lose her child...All the sorrow, all the guilt of failing to save them even if there was nothing they could do...Michele Tafoya shares a similar experience. In her case, there might be sorrow, but there is happiness at the end too. But first, let’s know something about her and her personal life! 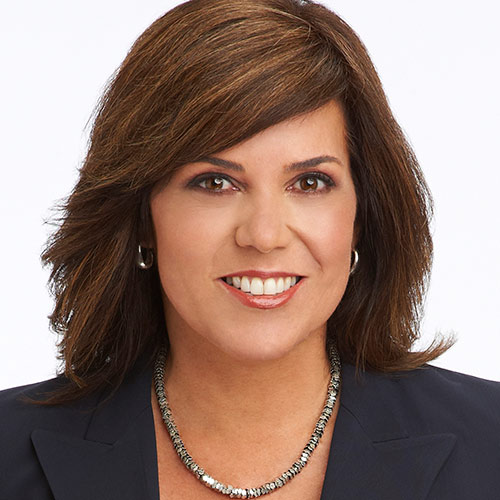 Nobody can’t imagine how devastating could it be for a mother to lose her child. All the sorrow, all the guilt of failing to save them even if there was nothing they could do.

Michele Tafoya shares a similar experience. In her case, there might be sorrow, but there is happiness at the end too. But first, let’s know something about her and her personal life!

On Her Married Life With Husband

Michele is known as a journalist for the NBC Sports working as a sideline reporter for the Sunday Night Football. And she is a married woman.

She is married to Mark Vandersall, who is a financial advisor at the Vandersall & Associates - which a private wealth advisory practice of Ameriprise Financial Services, Inc.

A University of Minnesota alum, Mark earned his schooling from Armstong High School in Plymouth.

Married To Financial Advisor:- Joel Schiffman's Wiki: His Age, Bio, Relationship With Partner After A Failed Married Life and some Must Know Facts

Despite being seven years younger than Michele, he somehow managed to woo her after they met in 1993. The esteemed sportscaster, at the time, was applying her trades as a host and reporter at the Minnesota radio station, KFAN-AM.

After almost seven years of dating, the couple eventually got married in 2000 and is still in a strong bond. However, the couple has gone through their share of ups and down. Michele and Mark share their parenthood with their two children. They have a son named Tyler, now age 12, and a 9-year-old adopted daughter named Olivia.

Four years after giving birth to their first child Tyler, in 2009, the married duo adopted Olivia from Colombia as a newborn.

Pregnant With Baby After Miscarriages; Battle With Anorexia

Not sure if the fans know but the famed sports broadcaster had four unsuccessful pregnancy moments. Yes, four miscarriages!

At the age of 40, when their hope of having a child of their own started to crumble little by little and when they began to think that adoption was their only choice, Michele got pregnant and delivered their first child who was a baby boy in the year of 2005.

Unlike every other famous personality, she did not hide her struggles of being a mom while handling her career at the same time. When she took a leave of six months for her baby, she said that it was challenging to miss her second season on Monday Night Football.

And around the same time, she professed happiness to be able to spend the first six months of her son’s life with him.

In a separate startling interview, she revealed that she suffered from Anorexia since she was a child.

Now, everything is on the right path for the strong lady in this so-called male dominant profession. She has already proven that women can have more potential and capability than men and that success doesn’t see any gender.

Michele’s social accounts are all about her profession. One has to look into her husband Mark’s Twitter to find out things about their family.

Coming from a multiracial ethnicity, Michele holds the American nationality.

Born on 17th of December 1964, the American sportscaster comes from a family of a well-doers. Her father Orlando Tafoya - who passed away in 2011 - was a renowned name in the aerospace scene in the US, having worked on NASA's Apollo 11 program.

Together, her father and mother Wilma shared four children and were in a marital relationship for 56 years. All of Michele's four siblings - Matthew, Meg, and Juliet - lead a peaceful family life with their respective family.

Behind Michele's Net Worth

Having done her Masters in Business Administration from the University of Southern California, Michele Tafoya worked in significant news stations.

Michele started working in CBS Sports in September of 1994. She worked as a host, and a reporter on an anthology show that aired on CBS called “CBS Sports Spectacular” and “College basketball” coverage.

After working in some other news channels, she finally joined NBC Sports on May 4, 2011. Upon her hiring, she worked as a sideline reporter for NBC Sunday Night Football.

Michele's foray into the world of sportscasting hasn't gone in vain. For all her excursions, she receives $200 thousand in salary at NBC Sports. Her earnings from the famed network primarily make up her $2 million net worth.