By LRU Writer | On: July 08, 2019
Donte DiVincenzo received a salary of...relationship with his longtime girlfriend...during his time in Salesianum High School 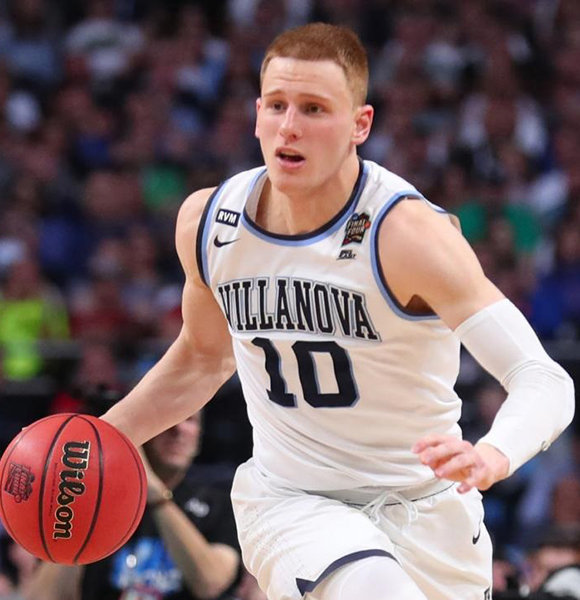 Donte DiVincenzo is a professional NBA basketball player from the Milwaukee Bucks team.

He was selected in the seventeenth overall pick of the NBA draft in 2018. And, within a short time was named the National Champion's Most Valuable Player. The same year, he was awarded the NCAA Final Four Most Outstanding Player award.

Before basketball, he was an excellent soccer player in Salesianum High School. However, he quit the game and focused on playing basketball for his college team.

Donte is playing his way to the bank ever since he first signed his NBA contract in 2018 as for his financial status.

As per the contract, he received a salary of $ 5.3 million for the first two seasons. And if his performance shows more steady growth, there are chances he will be making more in the coming years.

Donte was born on 31st January 1997 in Newark, Delaware. The NBA player comes from an Italian ancestry, which is very apparent from his name.

Interestingly, his nickname on the field “The Big Ragu” was given by Fox Network's broadcaster based on his ethnicity. Since he is a bit red hair guy of Italian origin, his name got derived from red jarred Italian sauce called Ragu.

Another NBA Player In Our Dome:- Jordan Bell Girlfriend, Age, Parents, Net Worth

The athlete's mother’s name is Kathie, and his father is John DiVincenzo. He also has an older brother named John DiVincenzo. In 2018, he revealed that through his father’s help, he was trying to obtain Italian citizenship to play for the Italian national team.

In terms of the athlete’s dating status, he was in a committed relationship with his longtime girlfriend, Morgan Calantoni. He met her during his college years, and the duo commenced their dating relationship in 2016. Morgan was a cheerleader for Temple Owls Men's basketball team of her Temple University whereas Donte played for Villanova Wildcats Club. Even though he couldn’t experience his girlfriend cheering for his team, it didn’t affect their love.

However, the two stopped making couple appearance from 2019. Moreover, in Donte's girlfriend's birthday post of 2019, the player was nowhere to be seen. While the break up between the duo can be speculated, the exact detail on their relationship remains a mystery for now.