By LRU Writer | On: February 07, 2020
Edi Gathegi is a Kenyan-American actor...played Laurent in the Twilight franchise...has been credited in over 50 works so far...at the age of...dating Adriana Gathegi...with his girlfriend...several movies and TV shows...has a net worth of...at the height of 6 feet 1 inch (1.85 meters)...with a net worth of...relationship with his family...his ethnicity...which is a 1980s horror remake... 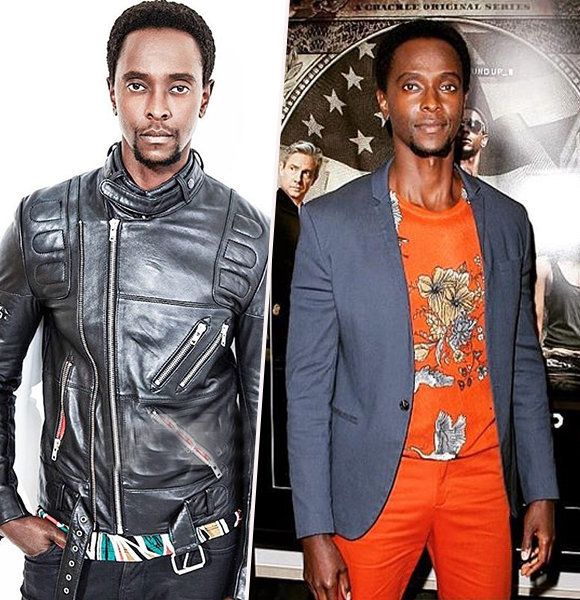 Edi Gathegi is a Kenyan-American actor who rose to fame after playing Laurent in the Twilight franchise. He has been active in the movie and TV industry since his screen debut in 2006. His name has been credited in over 50 works so far.

Edi Mue Gathegi was born on 10th March 1979 in Nairobi, the capital of Kenya.

His father, John N Gathegi, is a professor at the University of South Florida. He is the middle child with a sister and a brother whom he refers to as Bety G and Nate Dawg respectively.

He and his family relocated to Albany, California when he was still a child.

Edi is dating Adriana Gathegi. While the couple openly shares about each other in their social media, none of the two have revealed much about their relationship. Adriana shared a picture of her with Edi for the first time on 13th March 2016. The actor was giving his girlfriend a piggyback ride in San Juan, Puerto Rico in the picture.

How Edi Gathegi Got Into Acting

The actor was initially not interested in acting. He was, however, very enthusiastic about basketball. Edi was depressed because he blew out his knee during training. He took an acting class because he wanted a somewhat easy course but fell in love with it.

Originally, Edi first played in Inside Man (2006), but his part was cut because of union contract issues. His screen debut was in Crank the same year.

He went on to play in TV series such as Lincoln Heights, Veronica Mars, and House in 2007. He also played in Gone Baby Gone which was directed by Ben Affleck.

According to celebritynetworth.com, Edi Gathegi has a net worth of $3 million.