Edoardo Mapelli Mozzi: Everything We Know About Princess Beatrice's Fiance

By LRU Writer | On: January 26, 2020
Edoardo Mapelli Mozzi is the founder of Banda Property...millionaire property tycoon...engaged to Princess Beatrice in September of 2019 in Italy...designed the engagement ring in collaboration with British jeweler Shaun Leane...ring sports a large round brilliant cut solitaire...Edoardo previously engaged to Dara Huang...has a son with Dara...wedding is going to be low-key... 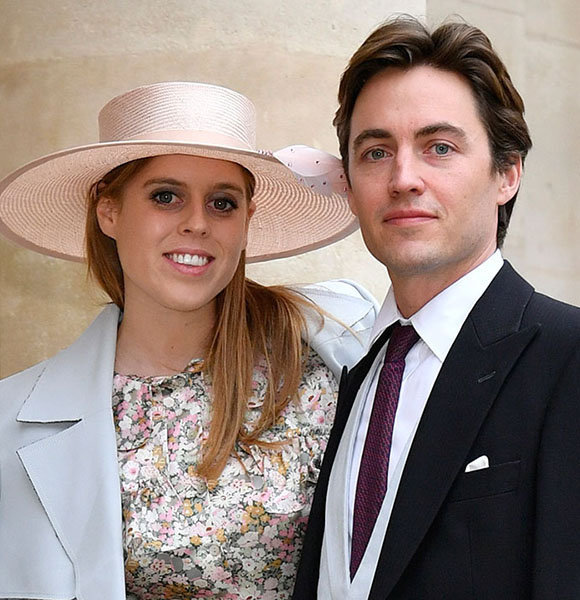 Edoardo Mapelli Mozzi is the founder of Banda Property and a millionaire property tycoon.

He got engaged to Princess Beatrice in September of 2019. While the exact date hasn’t been confirmed, they are set to be married in 2020.

Edoardo got engaged to Princess Beatrice in September of 2019 in Italy. The announcement was made on 26th September 2019. The property developer designed the engagement ring in collaboration with the British jeweler, Shaun Leane. The ring sports a large round brilliant cut solitaire in the center, which is accompanied by a band of tapered diamond baguettes.

Edoardo and Princess Beatrice have known each other for a long time. They are family friends, and the princess’ mother, Duchess of York, was once employed as a secretary at Edoardo’s stepfather, Christopher’s PR firm, before she got married to Prince Andrew.

Edoardo’s mother, Mrs. Nikki Williams-Ellis, and his father, Alessandro Mapelli Mozzi, commented to their son’s engagement with the following words:

We are truly delighted about Edoardo and Beatrice’s engagement. Our family has known Beatrice for most of her life. Edo and Beatrice are made for each other, and their happiness and love for each other is there for all to see. They share an incredibly strong and united bond, their marriage will only strengthen what is already a wonderful relationship.

According to People, Beatrice, along with the Duke and Duchess of York, attended Christopher’s funeral in 2011.

The millionaire property tycoon was previously engaged to Dara Huang, an American architect and designer. He has a son with Dara named Christopher, who was born in 2016.

According to Dailymail, Edoardo split with his architect fiancee around May of 2018.

Another Designer:- Bobby Berk & His Married Life; Does He Have Children With Husband?

Reportedly, the split was amicable but sudden, and Dara was still living at Edoardo’s London home.

But when Edoardo started dating the Princess around October of 2018, Dara hurriedly moved out. Dara’s mother said that her daughter slept on her friend’s couch while she looked for a new apartment.

As for Princess Beatrice of York, she was previously dating Uber executive Dave Clark. Their ten-year relationship ended in 2016.

Edoardo and Princess Beatrice’s wedding is most likely going to be low-key. Royal commentator Richard Fitzwilliams spoke to Express UK regarding the matter.

He said that a normal royal wedding would involve high-security costs that would come from the public purse. This would be controversial and a subject of criticism as she is not a working royal. The wedding is also expected to be paid for privately and a lot less lavish than other royal weddings.

In addition to the abovementioned reasons, some royal experts suggested that the main reason for the low-key wedding would be the Prince Andrew controversy. Royal author Phil Dampier said the following to The Mirror:

Andrew is so toxic at the moment, I wouldn't be surprised if it's going to be a private wedding with a couple of photos released afterwards.

BBC said that it would not offer extended live footage of the wedding. ITV also refused to comment on the coverage for the upcoming royal wedding.