Who is Eivin Kilcher Of 'Alaska:The Last Frontier'? His Bio, Wife, Net Worth

By LRU Writer | On: February 24, 2020
American Reality star Eivin Kilcher is best known for...Elvin and his extended Kilcher family, live in...was ​​​​​​​born on...is the third generation of the Kilcher family...His grandparents Yule and Ruth, escaped Hitler’s...is married to fellow Alaskan...known as the biggest green thumb in the Kilcher family...are parents to two kids together...has a net worth of... 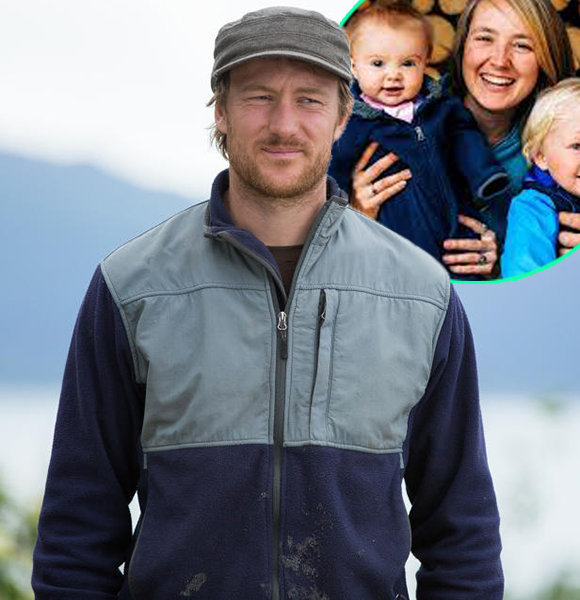 American Reality star Eivin Kilcher is best known for his role in Discovery Channel's Alaska: The Last Frontier- a show which documents the lifestyle of Swiss immigrant descendants, Kilcher family.

Elvin and his extended Kilcher family, live in the Alaskan wilderness without the ease of modern technology, subsisting themselves by farming, hunting and preparing for the long winters.

Read on to find out more about Alaska: The Last Frontier's star and a true Alaskan Eivin Kilcher.

Eivin was born on 6th March 1984 in Alaska, USA. His parents are father, Otto Kilcher, and mother, Sharon McKemie.

Eivin is the third generation of the Kilcher family, who relocated to Alaska during World War II.

His grandparents Yule and Ruth, escaped Hitler's stronghold on Eastern Europe and ran to the wilderness of the northern U.S. for shelter and security.

Eivin Kilcher is married to fellow Alaskan, Eve Kilcher. As a married pair, Eivin and his wife live about half a mile away from Eivin's father's home.

Just like Eivin, his wife Eve is also an Alaskan, who was raised, not far from the Kilcher Homestead.

While her husband goes away for hunting and building, Eve spends most of her time gardening. She is known as the most significant green thumb in the Kilcher family for her ability to grow massive amounts of vegetables in the abridged growing season.

Eivin and Eve are parents to two kids together. Eivin Kilcher with his wife Eve and kids in November 2019 (Photo: Elvin and Eve's Instagram)

Further, the duo became parents for the second time in September 2015, after the birth of their second child, daughter- Sparrow Rose Kilcher.

According to Celebrity Net Worth, Alaska: The Last Frontier star, Eivin Kilcher has a net worth of $3 million.