By LRU Writer | On: July 31, 2019
Elena Davies is the infamous host of...celebrates her birthday on...is still in contact with...romance then got the chance to bloom... has confirmed that they are... 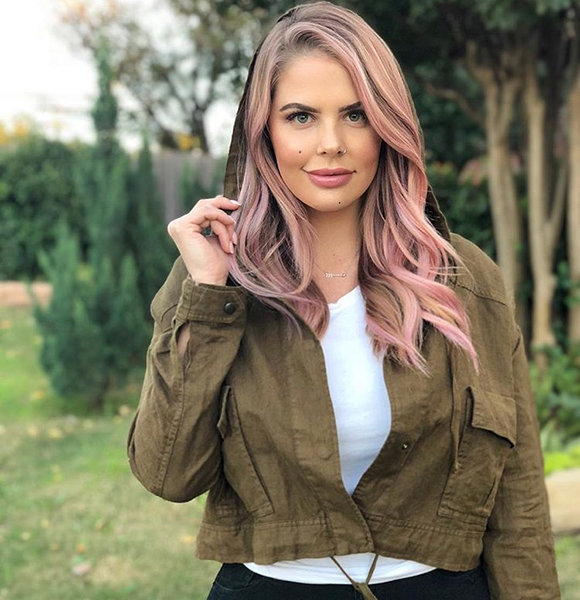 Many remember Elena for her appearance on the hit show Big Brother, on its 19th season, athelete Christmas Abbott was also part of the same lot. Previously, she performed on the hit American show Dancing With The Stars.

The reality star has been nicknamed as the selfie queen. With more than 270,000 followers and 500 posts on her Instagram handle, the title is well deserved.

The blonde bombshell, who celebrates her birthday on 19 August, was born in Fort Worth, Texas in the year 1990. She is the daughter of Eugenia Ludwig. Though not much is known about her parents, it's out that they have separated.

However, Elena - full name Elena Ce'Anne Davies - is still in contact with both her parents.

The 28-year-old shares pictures with them timely on various occasions on social media. Also, she has maintained a close relationship with both of them. Apart from her father and mother, she also has a brother named Paxton and a stepsister named Erica Ludwig.

Elena was previously dating personal trainer boyfriend, Mark Jansen. Meeting on the sets of Big Brother 19, both Mark and Elena had chemistry ever since they first laid eyes on each other.

While she exited early from the show, the heartbroken pair had a private conversation during their last moment in the house. According to the beauty :

Their romance then got the chance to bloom in the outside world; hints of engagement and even possible wedding gained feet for the future couple. But, the dream of getting married and becoming husband & wife never came true. Despite all the talks of starting a family and a life, their relationship crumbled down. Amidst rumors of their break up being a publicity stunt, Elena confirmed that they indeed broke up via MiscELENAeous Podcast on March 2019.

Her ex-boyfriend, on the other hand, put up a 45 minute YouTube video in his self-titled channel conveying his side of the story, around a similar time frame.

Elena met with a car accident in 2018. With a torn labia on her right hip, she had to undergo surgery. Bedridden after the incident, she required help even to move her weight around.

However, this was not the first surgery the reality star underwent; Elena had breast reduction surgery in 2016. Though it did not affect her measurements so much, the beauty with average height looked gorgeous.