By LRU Writer | On: October 06, 2019
Elyse Knowles falls under those models who are predominately liked for their... has traveled across the globe, shooting for various...slammed New Idea Magazine for publishing fake news about the couples...founder spent minimal time with her family due to her frequent... 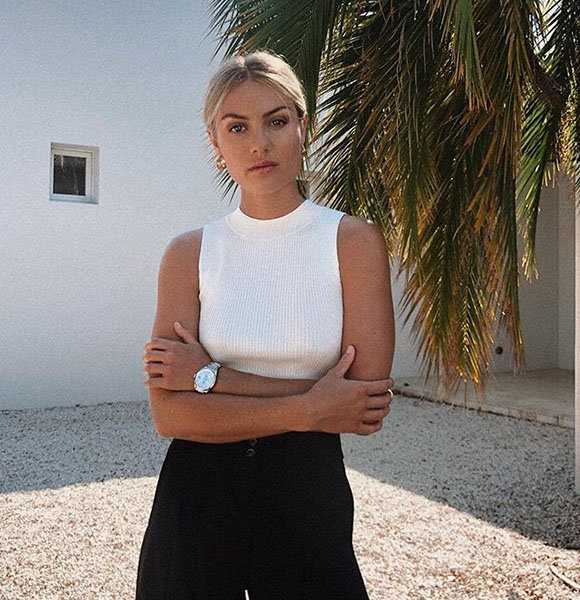 Like every person is known for their distinct mental and physical features, Elyse Knowles is adored for her feet. As weird as it sounds, the model is rated a five star for her beautiful feet.

Entering the modeling agency at the age of ten, Elyse has traveled across the globe, shooting for various cosmetics, fitness, and fashion brand of the world.

Not only that, but she also partners in a renovation company with her longtime boyfriend in Australia.

It has been six years for the Australian model and her boyfriend Josh Barker since dating and falling in love with each other.

Across the period, the couple has crossed every possible burden in their relationship. And, the only thing left for the two to do is get married.

However, the lovebirds are not in a rush. On 18 Dec 2017, the model slammed New Idea Magazine for publishing fake news about the duo’s marriage. Since then, Elyse has continuously told her fans that the two are not in a hurry to get married and have children. Now, the former The Block pair work together in their very own renovation company and share bits of their beautiful relationship via Instagram now and then.

Elyse Knowles - height 5 feet 9 inches (1.79 m) - comes from a very tightly bonded family in Australia. The model is very close to her parents and especially her younger sister, Tahlea.

Since taking up modeling at age 10, the Evrryday founder spent minimal time with her family due to her frequent travel. But, whenever she got a chance, Elyse was back with her family.

In August 2019, her father mentioned his happiness over Elyse's accomplishments. As of 2019, the 27-year-old model is the most in-demand model in Australia.

Modeling since her childhood, Elyse Knowles has already featured in uncountable photoshoots at the age of 27. Not only she is the most popular young model of Australia; she also runs a fashion line called Evrryday.

The model personally designs the products that feature on her label. Likewise, she also runs a renovation company along with her partner Josh Barker.

Though her modeling salary falls under $125,457, the Australian native enjoys a boost in income, featuring in brands like Ultra3, Billabong, and Surf Lifesaving. All in all, her stature as a model and net worth is on the verge of touching new heights.