By LRU Writer | On: January 07, 2020
Emily Didonato is an American model who has worked with major fashion brands...she married her boyfriend on...at their wedding, she wore...while her husband wore...Emily has a net worth of...and her religion is...stands at the height of 5 feet 10 inches (1.7 meters)...with a weight of...at her age...and a wedding band from Marisa Perry... 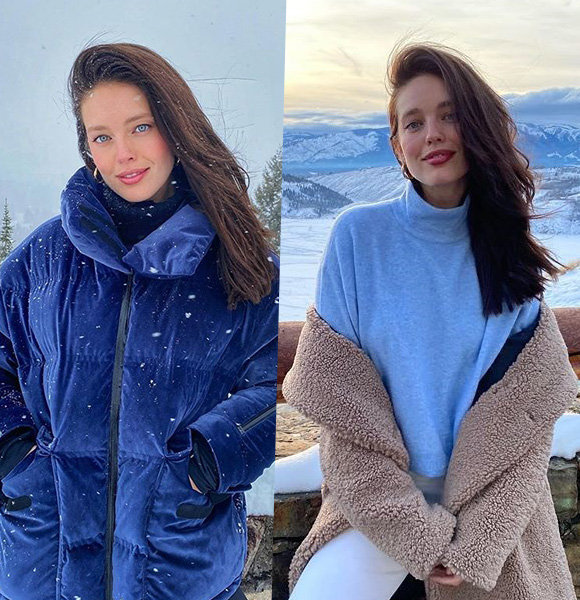 She was the face of Ralph Lauren's 2009 Rugby campaign as she commenced modeling for Victoria’s Secret in August of the same year. She was also signed as the face of Maybelline in a series of television ads.

The American model is married to her long-term boyfriend, Kyle Peterson, director at the private equity firm New Mountain Capital in Manhattan. The pair first met in January 2014 on a United Airlines flight en route to Denver. During their journey, the conversation took off, and they quickly realized that they had several friends in common and, in fact, lived a block away from each other in the Gramercy neighborhood of Manhattan.

Further, they fell in love and dated each other for more than three years before finally tying the knot on 23rd June 2018 at the Ritz Carlton, Bachelor Gulch in Beaver Creek, Colorado.

Emily wore a strapless Oscar de la Renta dress with simple earrings, bracelets, and a wedding band from Marisa Perry while her husband chose to wear a white shirt styled with a black suit and black bow tie at their wedding.

Emily was born on 24th February 1991 in NewYork. Her parents are Frances DiDonato and Richard J. DiDonato.

Her father is a retired NewYork City firefighter, and she has two siblings: an older brother, who works as a NewYork City cop and an older sister.

Talking about the net worth, Emily has a net worth of around $2 million.