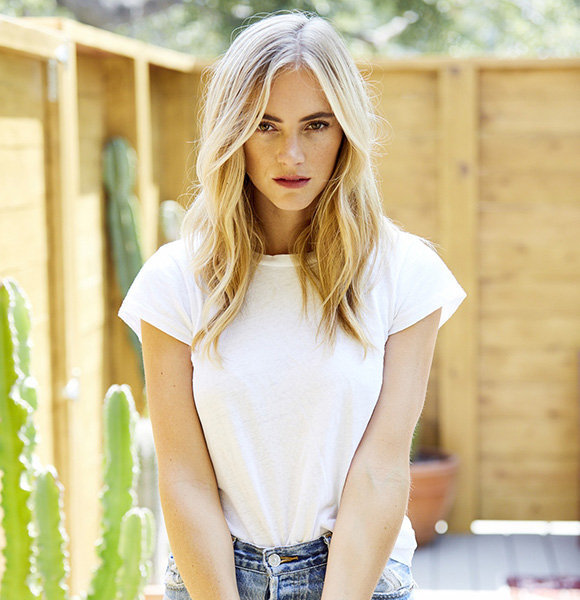 If you are a fan of crime and detective movies, then you must be familiar with Emily Wickersham. The beautiful actress is most famous for her role in the hit crime drama, NCIS - where she portrays the character of special agent Eleanor Bishop.

Emily first got her television break from the HBO sensation, The Sopranos, in 2006.

Post perfecting her acting; she has appeared on many other hit shows like Gossip Girl, Bored to Death, Law & Order: CI, and The Bridge.

In terms of her career, Emily has gone on to have a fulfilling one. However, the same can't be said when it comes to her personal life.

Emily got married to Blake Anderson Hanley - a musician from Palm Beach - on 23 November 2010. The wedding reception took place on 27 November at the Bath & Tennis Club, where 150 close friends and family members were present. Their wedding sure was a dreamy affair. Sadly, the fancy wedding could not keep the couple together as they eventually got separated and announced their divorce in 2018. As for a reason behind the split, not much is known as both Emily and Blake are not prone to sharing details about their personal life.

As of now, there are no rumors of Emily dating anyone as no one holds the tag of her boyfriend. She is probably keeping a low profile about her private life, or she could be giving herself some time off and focusing on her career.

Emily Wickersham was born as Emily Kaiser Wickersham on 26 April 1984 in Kansas, USA. Her parents are John Atwood Wickersham and Amy Wickersham. The youngest child in the family, Emily - age 35 - grew alongside her elder brother, Adam.

Although she was born in Kansas, her family moved to New York while Emily was a young child.

As for her studies, she joined Muhlenberg College after completing high school but dropped out to follow her dream to become an actor. Following her passion, she moved to Los Angeles.

But, the journey was not a child's play; Emily went through many hardships as she didn't know anyone in LA. After many difficulties, she finally landed an audition for Sopranos, and her journey began.

Starting her way from small roles in many TV shows, Emily has come a long way in her 15 years long career. However, her success in the industry has a lot to do with her gorgeous body too. The actress has the perfect measurements of 34-24-34 inches and an equally attractive height of 5 feet 7 inches (1.70m).

But, Emily didn't earn a net worth of $6 million from her beautiful looks alone. Her acting prowess and 21 credits are responsible for her luxurious lifestyle.