By LRU Writer | On: July 25, 2019
Emjay Anthony is...career at the age...made appearances on...a possible girlfriend on...born to parents...father was seen... members of the family...estimated earnings and net worth... 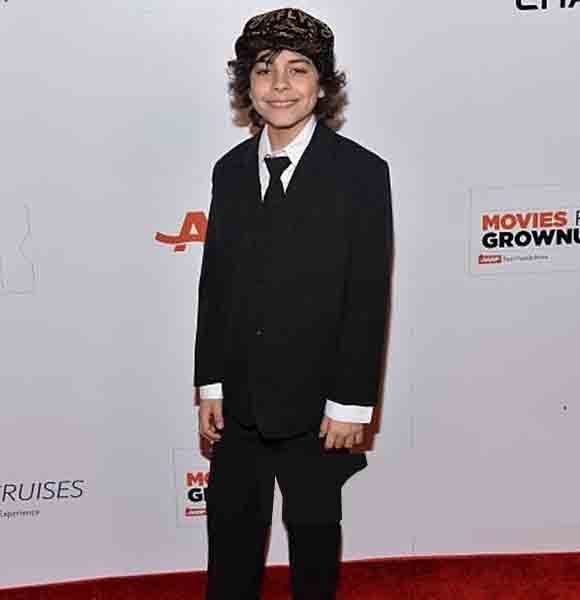 Budding actor Emjay Anthony has been involved in the showbiz from an early age. He first began his modeling career at the age of 4, when he got selected for a Werther's Candy commercial.

Then, at the age of 6, he made his Hollywood debut, as the stepson of Alec Baldwin, on the hit movie It's Complicated in 2009.

Since then, Emjay has acted in numerous movies like Applebaum, Member Only, The Jungle Book, and Krampus. Not only working on films, but he also made appearances on TV shows like The Mentalist, Rake and Grey's Anatomy.

According to Emjay's Facebook relationship status, he is single.

But, a social media tag is not enough to determine his love life, is it? Many actors tend to hide their love life from public eyes, which may also be the case of young Emjay.

With no sightings of a possible girlfriend, one can only assume that he is hiding his relationship. But, it may also be the case that Emjay isn't interested in dating anyone at the moment.

The Clearwater Beach, Florida native, was raised alongside elder sister Sage Salazar - who is ten years older than him - in a simple family. At the age of five, the entire family moved to California, where he further nurtured his acting career.

Now all grown up, Emjay enjoys his life beside his family. While not busy with his acting career, he likes to spend time playing dirtbike on his gaming console or airsoft with his father.

However, the actor's father and mother separated a while back. His father was seen in the arms of another woman since 2017. On the other hand, his mother also remarried. Trisha got married to Berg Spindler in June 2018 in Mexico.

With a height of 5 feet 6 inch (1.68 m), Emjay is a rising child actor. However, any reports of the 16-year-old's estimated earnings and net worth have not yet surfaced.

Nevertheless, with his decade worth of experience and profession, he is sure to have amassed quite a fortune. Besides with blooming pre-production works and a confirmed casting on NBC's hit drama Dad's Council, he is only going to achieve more.