By LRU Writer | On: April 12, 2019
American actress Emmy Raver-Lampman may be a relatively new name in Hollywood, but that doesn't mean she lacks experience...Known primarily as a stage performer, Emmy has left her mark with the few roles she did on television...But, is her love life as eloquent as her acting skills? Here's what you need to know all about the personal and professional life of the beautiful actress... 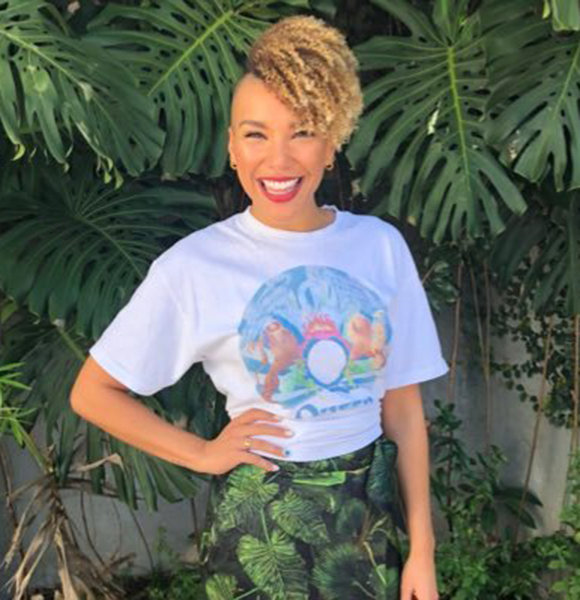 American actress Emmy Raver-Lampman may be a relatively new name in Hollywood, but that doesn't mean she lacks experience. Known primarily as a stage performer, Emmy has left her mark with the few roles she did on television. But, is her love life as eloquent as her acting skills?

Here's what you need to know all about the personal and professional life of the beautiful actress.

Emmy Raver-Lampman was raised as the only child of her college professor parents.

Growing up in Norfolk, Virginia, she was a kid with a temper but was always passionate about acting. She often used to sing songs standing on her home's coffee table, which made her parents aware of their daughter's talent. Her parents were always supportive of her acting career as they encouraged her to follow her dreams.

Emmy eventually graduated high school from the Governor's School for the Arts and received a Bachelor's Degree in Theater from the Marymount Manhattan College located in New York.

She started pursuing roles in theater and got her first job working in the drama, Children of Eden. The actress later went on to perform in Broadway shows. Some of her praiseworthy acting roles include the plays like Hamilton, Jekyll and Hyde, A Night With Janis Joplin, The Sponge Bob Musical, Hair, and Wicked.

Emmy made her TV debut appearing in one of the episodes of ABC's A Million Little Things, where she played the part of Rebecca. Her breakthrough in television came when she was cast as Allison Hargreeves in 2019 Netflix series, The Umbrella Academy. From her short but flourishing career, Emmy has garnered not only fame but, also a considerable net worth. Her net worth is valued at $100,000 as of 2019, but it could go way up as she shows signs of a promising future.

Born on 5 September 1990, Emmy ages 28 as of April 2019. She is of Mexican descent but proclaims an American nationality as she was born in the states, and her parents are also nationalized Americans citizens.

Married To Husband Or Casually Dating?

Emmy is reportedly single. Some sources suggest that she could be keeping a low-key dating profile with a boyfriend, but the truth is yet to be public.
Nevertheless, the actress has been married before but, not where you would expect. It was an onscreen role as a married woman in The Umbrella Academy.

In the show, Emmy played Allison, a well-renowned celebrity with the power to manipulate reality. The series shows her character misusing her supernatural abilities to control her ex-husband and child's behavior in the way she saw fit.

However, in reality, Emmy is yet to get married and have a comfortable life with a husband. She is probably too young for a family now.
American Actress The Umbrella Academy Children of Eden