By LRU Writer | On: March 05, 2020
Eva Amurri's marriage lasted eight years, she and her husband...As of 2020, Eva is pregnant with her child...Following the birth of Eva's son Major, he went through...Eva's son ended up with a cracked skull...She made the announcement of her divorce on...Her dad is a director/writer with shows and movies such... 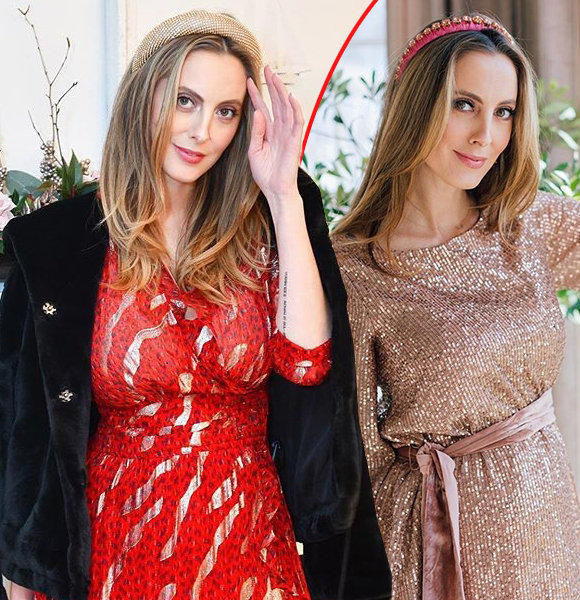 Actress Eva Amurri is best known for portraying the role of Ginger Kingsle in the movie, The Banger Sisters (2002). For her performance in it, she even won the Young Artist Award in 2003 for the category of Supporting Young Actress.

Then, in 2013, she was nominated in the category of Best Actor at the L.A. Comedy Film Festival and Screenplay Competition for her role in Stag (2013).

They held their wedding ceremony in Charleson, South Carolina, at historic Confederate Home. The actress and her partner chose Charleson as their wedding venue as it was filled with history. Moreover, Eva wanted to conduct the auspicious occasion in a place where they could visit with their children later on in life. Although the New Girl star's marriage lasted eight years, she and her husband, Kyle, separated in November 2019. She made the announcement of her split on 15th November that year, citing that the separation was amicable.

Eva's marriage to Kyle resulted in the birth of two children: a daughter and son. Her daughter, Marlowe Mae Martino, was born on 9th August 2014. Likewise, the artist's son, Major James Martino, arrived in the world on 19th October 2016. Eva's son, Major, went through a serious injury in 2017. One of the caretakers fell asleep while holding him that led to Major falling on the floor.

He ended up with a cracked skull and internal bleeding. So, he was immediately rushed to Yale Medical Center, where he received two days of emergency treatment and tests.

Thankfully, Major recovered, and Eva updated her fans through her blog about his condition writing "MAJOR IS FINE. Completely fine."

As of 2020, Eva is pregnant with her third child. In her blog, Happily Eva After, she revealed about wanting to have a solely female presence at the time of delivery of her child.

Also, she pointed out that her then-husband Kyle Martino wouldn't be present in the delivery room as per her wish. Instead, he will be waiting outside to meet his new son directly after his birth.

Eva Amurri was born to Franco Amurri (father) and Susan Sarandon (mother). Her dad is a director/writer with shows and movies such as Anna e i cinque (2011), Due imbroglioni e mezzo (2010), and Flashback (1990) to his credit.

Likewise, Eva's mother is an established Hollywood actress known for her roles in movies such as Dead Man Walking (1995) and The Rocky Horror Picture Show (1975).

Her father, Franco, who was originally from Italy, met her mom while she was shooting a movie there. They divorced after Eva turned three.