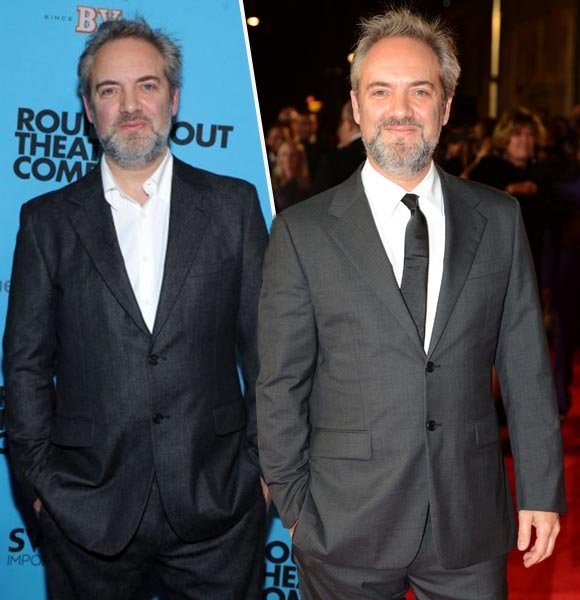 Sam Mendes is an acclaimed director known for his Academy Award-winning film American Beauty (1999). His other notable films include Road to Perdition (2002), Jarhead (2005), and Skyfall (2012). Further, Sam was awarded the C.B.E. (Commander of the Order of the British Empire) in 2000 for his services to drama.

Sam Mendes is married to Alison Balsom since 26th January 2017. The couple pronounced each other husband and wife in a registry office and later held the blessings at St Michael & All Angels, in the quaint village of Great Tew in Oxfordshire.

Sam's wife, Alison, is a professional trumpet player. She won the Female Artist of the Year twice (2009, 2011) at the Classical BRIT Awards. Just like her husband, Alison was also awarded the honor of OBE (Officer of the Order of the British Empire) in 2016.

Alison is a mother to a son named Charlie (born in 2010) from her previous relationship with her ex-partner, a conductor named- Edward Gardner.

Before Alison, Sam was married to Oscar-winning actress Kate Winslet.

Sam and Kate met in 2001 when he approached the Titanic star to appear in one of his plays. The pair started dating and tied the knot on 24th May 2003.

Their wedding was held on the Caribbean island of Anguilla.

After seven months of the wedding, the couple had their first child together, a son- Joe Alfie Winslet Mendes, born on 22nd December 2003. Sam Mendes with his ex-wife Kate Winslet after her Golden Globes win in 2009 (Photo: telegraph)

But, their relationship eventually fizzled out and ended with a divorce on 3rd October 2010.

After the divorce, it was reported that the reason behind the split was Sam's affair with another woman, allegedly actress Rebecca Hall. Sam and Rebecca dated for five years before parting ways in 2015.

His parents got divorced when Sam was just 5-years-old; his single mother raised him. Sam completed his secondary education from Magdalen College School in Oxford and later graduated from the University of Cambridge.

Sam started his career right after his graduation in 1987. Initially, he joined the Chichester Festival Theatre and worked prominently directing theatre plays.

He made his first directorial debut from the TV movie Cabaret in 1993. It was his second directorial movie- American Beauty that gained him worldwide recognition.

Another Talented Director:- How Much Is Christopher Nolan Net Worth? Details On His Upcoming Movies