By LRU Writer | On: October 24, 2019
Evan Turner was selected behind remarkable guard John Ball in the...continually appears on Instagram, making headlines with his comments on his girlfriend...Chicago native mentions her in his tweets and reminds his fans about the responsibility on...experience and knowledge of the game are bettered by... 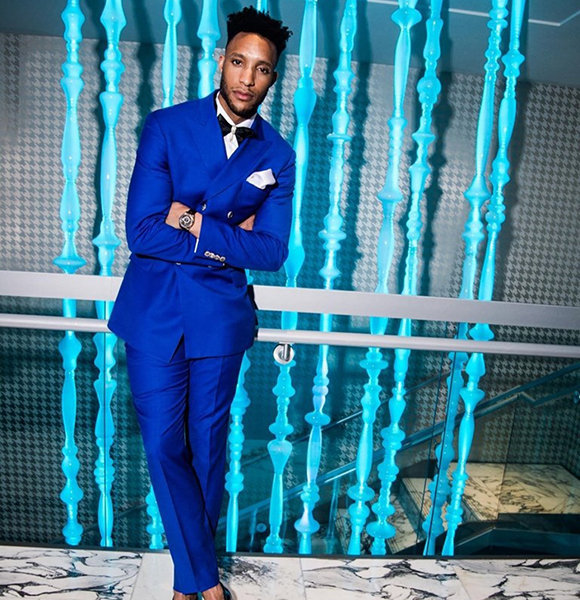 Listed as the National Player of the Year playing for the Ohio State in 2010, Evan Turner was selected behind the remarkable guard John Ball in the NBA draft, the same year.

He was the first choice pick for the Philadelphia 76ers, but he quickly made a move to Indiana Pacers. He continued to change teams until he found the right balance with the Portland Trail Blazers in 2016.

Now with nine years of experience playing as small forward, Evan is backing up for a memorable performance and a title-winning season before signing off from the game.

Outside of the basketball court, Evan Turner lives a very notorious lifestyle. He continually appears on Instagram, making headlines with his comments on his girlfriend Sarah Macdonald’s pictures.

Sarah is an Instagram model and internet personality who often shows off her curves on Instagram. Taking notice of the same NBA star, Evan complements his dating partner for her pictures. Though he gets carried away with his girlfriend, Evan is a responsible father to a baby daughter from his previous relationship with Ohio’s Women Basketball player, Kianna Holland.

Despite not featuring his daughter on Instagram, the Chicago native mentions her in his tweets and reminds his fans about the responsibility on his shoulders. Similarly, his private life has brought speculation of him being gay, but all the rumors are baseless.

Evan Turner - age 30 - was born and raised in Chicago, Illinois, alongside two elder brothers named Darius and Richard in a family of five.

As the youngest in the lot, his mother, Iris James, was very close to him while growing up. The 6 feet 6 inch (2.01m) tall athlete had an interest in playing basketball from an early age, and his mother always supported his dream.

Playing for his high school, the forward position suited him very well. He was quick with his hands and immaculate with his shooting. He continued his form in college as well, where he was the team’s best player for two consecutive seasons in a row.

Now, he is traded to the Atlanta Hawks on the back of a four-year contract with Portland Trail Blazers signed in 2016.

Nine years into the NBA and playing for four different teams throughout the years, Evan has chartered every situation and locker room in the league.

The forward's experience and knowledge of the game are caught up by few. An early bloomer, the former Portland Trail Blazers attacker, started grabbing attention from the early days of his college.

While playing for Ohio, Evan was the leader in points, rebounds, assists, and steals for two seasons in a row for his team. It was a no brainer he’d be picked in the NBA, and the same happened in 2010.

Now, he is a regular feature in the NBA season. And, from his ventures in the sports, he boasts a net worth of $20 million with a healthy salary of $17.5 million.