By LRU Writer | On: October 15, 2019
Amanda Holden...One of the most beloved hosts of the...Her professional life has had bounds of success, but what about her personal life. Take a look below to find out about her life experience with her...The gorgeous woman married to...was also quite content with their split realizing that the...With a successful history in the acting industry and as a businesswoman in her...is not the full extent to her net worth, Amanda is sure to share a... 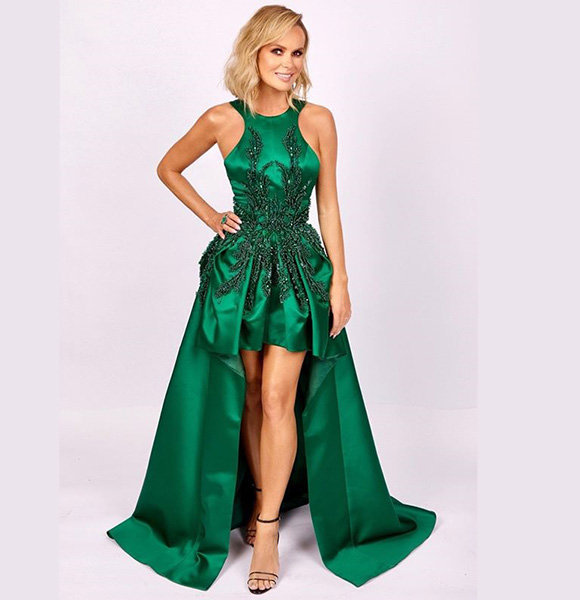 One of the most beloved judges of Britain's Got Talent, actress, and celebrity Amanda Holden is a name only a few would not recognize.

Judgeship aside, the British actress has more than 30 acting credits to her name, including various movies and TV series like Wild At Heart, Agatha Christie's Marple Jonathan Creek, Virtual Sexuality, The Hunt, Don't Go Breaking My Heart, and In Suspicious Circumstances.

Her professional life has had bounds of success, but what about her personal life? Take a look to find out about the life details with her husband and family.

The gorgeous woman was married to English television-presenter, comedian, and actor Leslie Dennis. Leslie and Amanda tied the knot back in 1995; however, their union saw lots of ups and downs.

In 2000, Amanda briefly separated from her husband amidst news of her affair with Neil Morrisey. The pair did try to make amends. Unfortunately, things didn't work out, and the couple ended things the same year. They officially got a divorce in 2003.

A decade after the end of her marriage, the actress claimed that her ex-husband had cheated on her. Surprisingly though, Amanda was quite relieved rather than being upset as she also wanted out of the marriage. The reason for her desire to end her marriage was their constant arguments.

Her ex-husband later got married to life coach Claire Nicholson. As her ex moved on with his life, so did Amanda. But who, how, and when did she meet her next husband?

Amanda Holden is now married to record producer Chris Hughes. She first met her second husband in 2003 in Los Angeles, but the pair only started dating a year later.

Four years into their dating life, Amanda and Chris tied the knot on 10 December 2008 at St Margaret's Church in Somerset. With an exclusive member-only reception held at the Babington House, the married duo commemorated their marriage.

Alexa was born on January 23, 2006, when the duo was engaged to be married. Her other daughter Hollie was born six years later on 20 January 2012 after their marriage. Sadly, the pair lost one of their children, a son named Theo, when he was stillborn at seven months in 2011. As of 2019, Amanda and her husband Chris, are enjoying their married life with their two beautiful children living in Richmond-upon-Thames.

With a successful history in the acting industry and as a businesswoman in her later years, Amanda is estimated to have amassed a substantial net worth of $6 million in total.

Also, Amanda - height 5 feet 3 inches (1.62 m) - is sure to share a massive amount of fortune with her record producer husband, Chris Hughes. However, the exact number is still unknown.