By LRU Writer | On: January 07, 2020
Ezra Koenig is an American musician...lead vocalist for the Vampire Weekend...four albums...celebrates his birthday on 8th April...at the age...stands at the height of 6 feet (1.83 meters)...at Junior High School 258...baby with Rashida Jones...his girlfriend...father is a film and television production set dresser...mother is a psychotherapist... 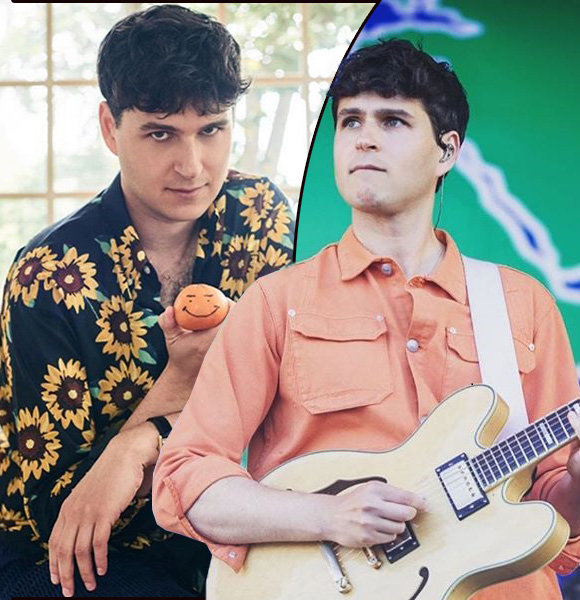 Ezra Koenig is an American musician, best known as the lead vocalist and guitarist for New York-based indie rock band, Vampire Weekend. He has released four albums in total with the band and achieved much success.

Ezra Koenig was born on 8th April 1984 in New York. His father, Robin Koenig, is a film and television production set dresser while his mother, Bobby Bass, is a psychotherapist.

Ezra also has a younger sister named Emma Koenig. She is an author who has written “F*ck! I’m in My Twenties.” She even wrote ABC’s comedy series, Manhattan Love Story.

For his education, Ezra graduated from Glen Ridge High School and later majored in English Literature from Columbia University. They had their son, Isaiah Jones Koenig, on 22nd August 2018 in Los Angeles.

Ezra first started writing songs when he was just ten years old. Even during his school and college days, he was very passionate about music.

He worked together with his friend, Wes Miles, in multiple music projects. Together, they found the experimental band, The Sophisticuffs.

In 2004 and 2005, Ezra was a part of the band, Dirty Projectors, as well as The Walkmen. During those years, he found little success. It wasn’t until 2006 that he formed Vampire Weekend along with Rostam Batmanglij, Chris Tomson, and Chris Baio and started doing shows.

The band garnered great attention from local fans and was a big success. Two years later, on 29th January 2008, the band’s debut album, “Vampire Weekend,” was released. It was a resounding success. The album peaked at #17 on the US Billboard 200 and was ranked as the 5th best album of the year by Times magazine.

Since then, the band has released three more albums, all of which peaked at #1 on the US Billboard 200.