By LRU Writer | On: December 23, 2019
Former Disney star Hilary Duff is officially off the market...the guy who got lucky is pop singer Matthew Koma...well-established artist in pop music...tied the knot on...private wedding was held on...started dating since...announced their pregnancy... he also dated singer...Hilary Duff is best known as... 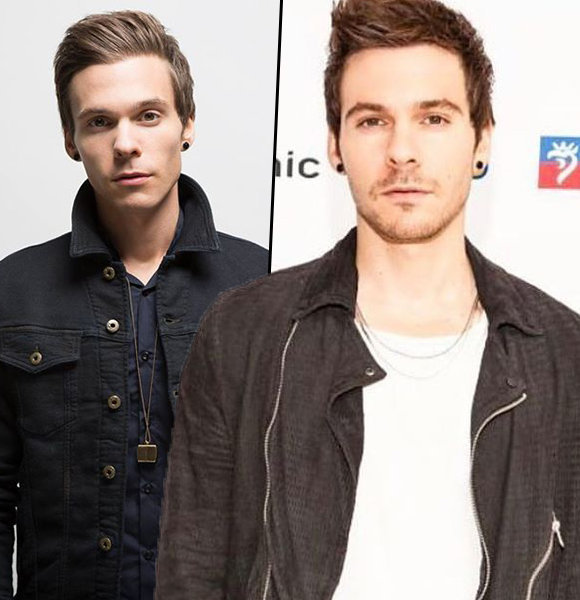 Big news people! Former Disney star Hilary Duff is officially off the market. And the guy who got lucky is pop singer Matthew Koma.

Matthew is a well-established artist in pop music with hits like Calling (Lose My Mind), Spectrum, I Wish, Wasted and many more. Further, he gave voice in a song named Spectrum by music producer Zedd, which became No.1 on the US Hot Dance Songs list of Billboard in 2012.

But recently, the pop star has been creating headlines because of his relationship with actress and singer Hilary Duff.

Read on to find out more about their big day and relationship.

Their private wedding was held on Hilary's house and the reception was held at a white tent in the backyard. The entire ceremony was an extremely private event that included only family and close friends.

Glimpses of their wedding day only surfaced after the couple shared some intimate pictures on their social media.

For her big day, the bride Hilary wore a beautiful backless gown with a long cape by designer Jenny Packham, whereas the groom donned a classic black tuxedo. Mathew and Hilary started dating since mid-2016. The two parted ways at the beginning of 2017 but again got back together after a few months long separation.

Further, in June 2018, the pair announced their pregnancy and Hilary gave birth to their daughter- Banks Violet Bair in October. Seven months after the birth of heir baby girl, Matthew proposed to Hilary and the two got engaged.

After being engaged for almost a year the couple finally pronounced each other husband and wife.

Well, Matthew and Hilary share an amazing love story. However, Hilary is not the only woman in Matthew's life. Previously he also dated singer Carly Rae Jepsen from 2012-2014.

She has also appeared in movies like The Lizzie McGuire Movie (2003), A Cinderella Story (2004) and Cheaper by the Dozen (2003). Apart from her acting credentials, she is also an author and a singer.

Further, her wedding with Matthew Koma is not her first time walking down the aisle for Hilary. Previously she was married to hockey player Mike Comrie. The couple who got married in February 2010, also had a son named Luca in March of 2012.

But the marriage did not last and the pair went separate ways in 2014 and their divorce was finalized in 2016.

After the marriage ended, she was also said to be going out with personal trainer Jason Walsh. However, the dating rumor turned out to be false.