Five Things About Andrew Schulz You Should Know! His Age, Birthday, Possible Girlfriend And His Personal Dating Advice

By LRU Writer | On: July 04, 2017
Five Things About Andrew Schulz You Should Know! His Age, Birthday, Possible Girlfriend And His Personal Dating Advice Andrew Schulz is a hilarious dude who makes people roll on the floor holding on to their dear stomach and laughing. Such is the skill this man possesses with his work as a comedian. Andrew Schulz, who celebrates his birthday on October 30, is 29 in age and was born in 1987 in New York City, NY. 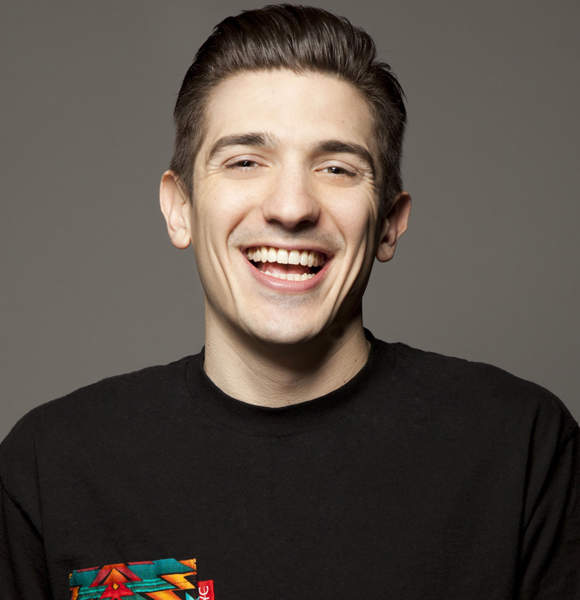 Andrew Schulz is a hilarious dude who makes people roll on the floor holding on to their dear stomach and laughing. Such is the skill this man possesses with his work as a comedian. But how well do you know him?

Well, if you are not that aware of what goes around in his life, fear not, as we have it all incorporated for you in this segment.

So without further ado, let us get ourselves going.

Andrew Schulz, who celebrates his birthday on October 30, is 29 in age and was born in 1987 in New York City, NY. He is most memorialized for his work on "Guy Code" and "The Brilliant Idiots" podcast. He is equally known for the Amazon original series "Sneaky Pete."

So how well do you know this comedian? Here are five facts you might not want to miss out on knowing about him.

1. He once Dated singer and songwriter Sara Philips. There were no major revelations as to when they started dating, but they broke up in May 2015, and the reason too was not made public that indicates they wanted privacy about their kinds of stuff. The fans, however, were curious to know about the demise of the relationship and some were disheartened by the split between the two. Now that is all that has been revealed about his love life!

2. He Attended The UC Barbara before Turning His Attention To Comedy.

3. Andrew Performed In One of The Most Famous Festivals in 2008.

Andrew also performed at the Edinburgh Comedy Festival in 2008. That speaks volumes of his talent to be playing at such a famous show.

4. Andrew Has Also Written And Starred in A Successful Web Series.

Andrew Schulz wrote and starred in hit web series called "Rise of the Radio Show and The Apartmentship."

Andrew Schulz is not just a successful comedian; he apparently is a love guru too, as he often has provided some useful dating tips to the people in general.

Andrew's show Guy Code has been a successful dating show, and he has also hooked up some single people into couples.

In an interview, when Andrew was questioned if he follows up the couples after hooking them up, he said,

No, but they tweet us. I mean, the show's The Hook Up—I'm just trying to hook you up. I'm just trying to find somebody that you like, and I give you all this information about them before you meet them. The whole idea is find out who you're dating before you date them, which is how people date nowadays.

They meet in the third act, which is kinda my favorite, because what we do is this deal-breaker round. The thing about guys is that we love you! I think there's this idea with women that you could do one thing and we'll be like, "Oh, I don't like her now!" But I've been with my girlfriend two and half years. There's nothing she could do except maybe have balls. So in this deal-breaker round, we compile all of these embarrassing qualities about people and then have them admit it to the girl.

Now setting up couples is a good thing, as people often tend to be expressive about their love life.

And if you are not able to get enough of this comedian, you can also tune into his official Instagram account where he often shares several hilarious posts like the ones below.

Him joking about freckles and nice feet is too good.

Stay tuned with us to know more about the life of this comedian.