By LRU Writer | On: February 21, 2019
Frank D'Angelo is one of the most successful businessmen in Canada, but only a few details were known about him, until now...Canadian entrepreneur and television personality was previously a low-key person who rarely talked about his personal life. But, when he got accompanied by his two beautiful girls, his lifestyle changed drastically... 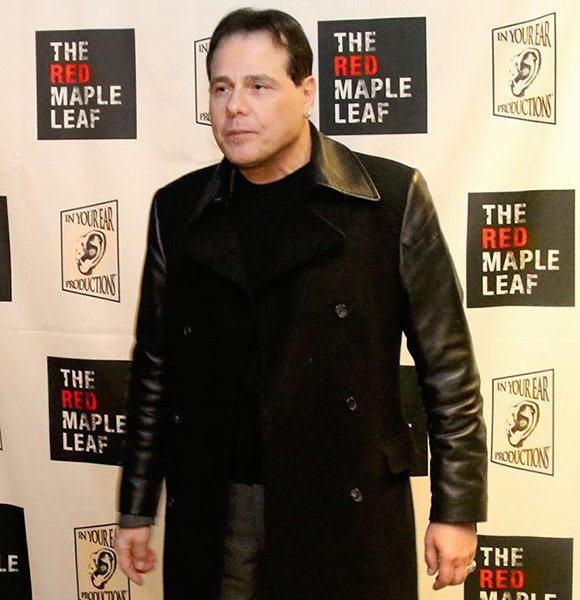 Frank D'Angelo is one of the most successful businessmen in Canada, but only a few details were known about him, until now.

All because the television personality was previously a low-key person. He rarely talked about his personal life. But, when he got accompanied by his two beautiful girls, his lifestyle changed drastically.

The former introvert became a social person often boasting about his family. With the arrival of his children, Frank and his alleged wife are at the top of the world as nothing could be more joyful to the couple than welcoming not one but two princesses at a time.

Frank D'Angelo's married life was kept a secret until he became a father back in 2018.

Frank mentioned of being a parent to twin daughters on 6 May 2018 expressing his happiness and the responsibilities which he would have to undertake. The Canadian businessman stated that the doctor had marked the due date on 28 June 2018; however, the children arrived more than a month earlier than the scheduled day.

Before becoming a father, Frank hadn't mentioned being married nor had he talked about having a wife. Frank, who loves to address his alleged wife as the Queen and his daughters as Princesses, first revealed the photo of his baby mama on 22 September 2018. He Instagrammed a post where the mother-daughter duo could be seen taking a nap after a tiring day. Frank's daughters - who are over nine months - will be celebrating their first birthday in May 2019. In the meantime, the twin sisters: Georgie and Frankie are growing like weeds. Frank along with his children and baby mama is leading happy family, but he is yet to reveal if he is legally married to the mother of his daughters or is only dating her.

Born in Toronto, Ontario, Canada as the son of Italian immigrant parents, Giuseppe and Carmela D'Angelo, Frank got his secondary education from the Plentywood High School. After that, he went on to join the University of Montana from where he graduated with Degrees in Finance and Business.

Frank, with a height of six feet, is also known to appear in various TV shows including his famous series, The Being Frank Show. The entrepreneur, who served as the CEO and founder of Steelback Brewery, has also tried his luck in film-making with his seven movies released in the last five years.

The 2018 release, The Joke Thief, was his latest in the market which was starred and directed by the man himself.

Frank, who earns a base salary of $55,593 from his career as a TV host, has multiple sources of income due to his several ventures; however, he is yet to reveal his net worth.