By LRU Writer | On: April 20, 2021
American actor Froy Gutierrez has made a name for himself in his short acting career. The actor, who played the love interest of Brec Bassinger in Bella and the Bulldogs is yet to reveal his romantic persona in real life as well. And due to the absence of an existing girlfriend, he is often perceived as hiding his sexual identity behind the closet. But, is there any weight to those rumors? Let's take a moment to find out! 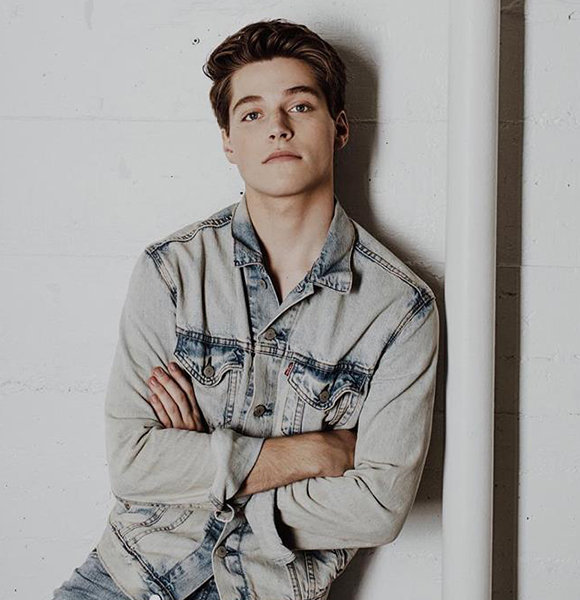 American actor who is best known for playing Nolan in Teen Wolf, Froy Gutierrez, will soon be hitting the screens in the thrilling new series Cruel Summer.

The psychological mystery occurs in the 90s, where a popular teen girl goes missing, and a nerdy girl is accused of being connected to the popular teen’s disappearance.

Actress Olivia Holt will be playing the role of the popular girl Kate, and actress Chiara Aurelia will be portraying the nerdy wannabe character, Jeanette.

The famous executive producer of The Sinner, Jessica Biel, is producing the series. Cruel Summer will be available to watch in Freeform and Hulu.

Gay Rumors: Truth or a Hoax?

Froy became the heartthrob of teenage fans after appearing on MTV's Teen Wolf last, but his own love life has always remained a mystery.

Moreover, Froy is constantly spotted hanging out with the famous Game of Thrones actor Richard Madden, making fans wonder about their relationship and raised speculations regarding Froy being gay.

Froy and Richard were spotted hanging out around the Hampstead Heath area on April 11th, 2021, in  London, England. The actors were carrying Marks and Spencer’s shopping bags while strolling around the area.

Froy And Richard Quarantining Together?

The duo has spent a lot of time together since the pandemic. The actors were first spotted together in Venice, Los Angeles, during February 2020.

According to The Sun, Richard moved into his Game of Thrones co-star, Emilia Clarke’s old house in LA before lockdown and wanted to have company during the isolation.

As Richard hit it off well with Froy, the two started living under the same roof.

After February 2020, the duo attended the May 3, 2020, Black Lives Matter protest in LA. Later, they were seen together carrying bags on September 2020 in the Primrose Hill area of London, England.

Details About Parents And Siblings

Froy, the eldest of three siblings, usually spends his private time with his family and posts several pictures about his day-to-day life. Although Froy has not revealed much info about his family, the actor, who is of half-Mexican ethnicity, disclosed that he travels to Mexico and his parents on occasions.

Likewise, Froy also shared that he is a mama's boy, and on Mother's Day, he shared a post appreciating his mother.

Furthermore, Froy also thanked his father via an Instagram post for putting up with him during his childhood.

Froy is also a loving brother to his younger siblings, and it seems like, amidst all his responsibilities, he's got little to no time for a romantic relationship.

But we're on a constant follow-up, so stay with us to be the first to know when something regarding Froy's relationship comes forward!