By LRU Writer | On: January 15, 2020
Gabi Demartino is one part of the popular YouTube channel...Gabi was in a relationship with her high school sweetheart...is dating her boyfriend...Gabi has undergone multiple surgeries since...Gabi and her sister Nikki started their YouTube journey with a channel named...when her ex-boyfriend...birthday on 5th May...at the age of...the height of 5 feet 1 and a half inches... 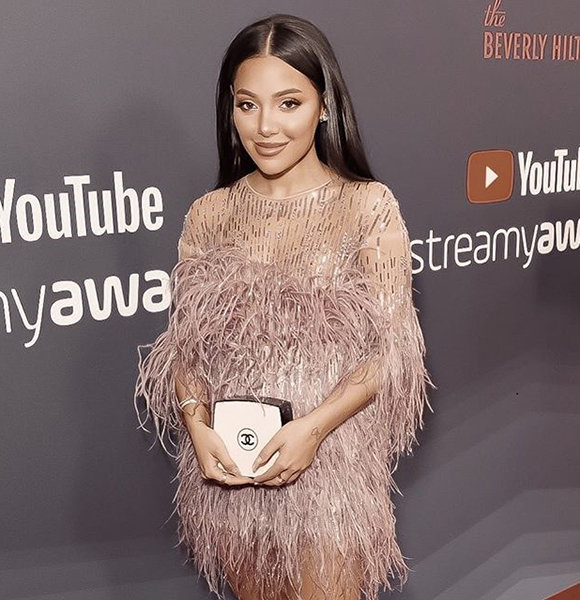 Gabi Demartino is one part of the popular YouTube channel, Niki and Gabi. She runs the channel with her twin sister, Niki.

The YouTuber has also worked with Awesomeness TV and Style Haul. Read on to find more about Gabi.

Gabi has been dating Collin Vogt since July 2015. The pair has been living together from 2018; they live in a cottage named "The Castaway Cottage."

Colin was born on 24th February 1997. He is an Instagram star; his popularity grew due to his association with Gabi. He also dabbles in music in his social media account; Colin plays guitar and sings.

Gabi was in a relationship with her high school sweetheart, Brandon Grupe, from 2010-2015. The pair used to run the YouTube channel titled, GabiandBrandon, during the course of their relationship.

Gabi and Brandon had quite a scandal regarding their relationship in 2015. It so happened that Gabi was accused of cheating on him with her current man, Collin Vogt. The situation was further complicated as Collin was also dating another girl at the time.

Gabi has undergone multiple surgeries since she turned 18. She has done nonsurgical nose jobs, lip fillers, and added veneer over her teeth.

In 2018, she opened up about her decision to enhance her face on YouTube. Gabi was insecure about her looks from a young age.

As her mother was a beauty queen (runner-up Miss New Jersey), she would try to match her conventional beauty standards and fail. Gabi ended up hating her face; thus, she chose to change it as soon as she turned legal.

After the surgery, Gabi started looking different from her identical twin, Nikki.