By LRU Writer | On: December 25, 2019
American actor George Eads is one of the most...most recognized for his work as...is a single man as of now...has been married before...welcomed their first child...ended up in a messy custody battle...was born on...bit of a late bloomer in the field of acting...appeared in movies like...has been nominated for...an estimated net worth of... 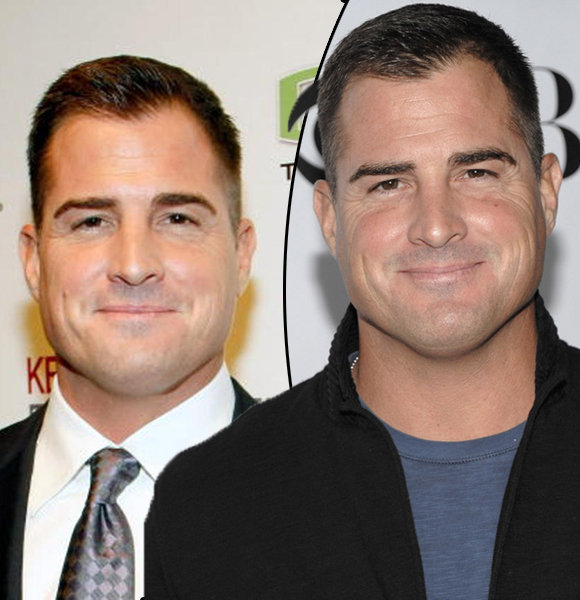 American actor George Eads is one of the most prominent actors on TV. He is most recognized for his work as Nick Stokes on CBS police drama CSI: Crime Scene Investigation (2000-2015).

Further, in 2009, George was also among one of the Sexiest Male Actors selected on TV Guides' List.

Most recently, he gained massive fame for his role as Jack Dalton on CBS's action-adventure TV series, MacGyver (2016-2019).

George Eads is a single man as of now. Further, the actor who maintains a very lowkey personal life and has not even been linked with anyone recently.

However, he has been married before. George and producer Monika Casey dated for seven years and got engaged in November 2009. Finally, on 17th June 2011, George tied the knot with Monika. George Eads with his wife Monika Casey in an event, when they were still together (Photo: daily mail)

But unfortunately, their decade long relationship eventually fizzled out in 2015. The couple did not only just part ways but also ended up in a messy custody battle for their baby girl.

George Eads was born on 1st March 1967 in Fort Worth, Texas, to parents, Arthur Coleman and Vivian Baker.

His father, Authur, was a DA, whereas his mother Vivian was a Superintendent at Belton Schools. He was raised alongside his sister- Angela Eads Tekell, who is a lawyer now.

Later his parents got divorced, and his mother got married to a gynecologist named- Dudley Baker.

George Eads is a bit of a late bloomer in the field of acting.

He was almost in his thirties when he got his first major break from TV series Savannah (1996-1997). However, his character got killed off in the first episode. But, he ended up being so popular that the producers brought him back in flashback scenes and later created his twin brother.

During his acting career, George has been nominated for four Screen Actors Guild Awards and even won once in 2004.

Well, throughout his amazing career, George has amassed an estimated net worth of $13 million.