By LRU Writer | On: December 11, 2019
Vincent Cassel is a glorious movie actor who has been serving the industry since...As of 2019, the star actor has made appearances over...Rumors that the duo was about to get married had swirled around before too. A pair who share a...The pair had tied the knot on...He reported earnings per year varied depending upon movies and his roles. For one of his roles as... 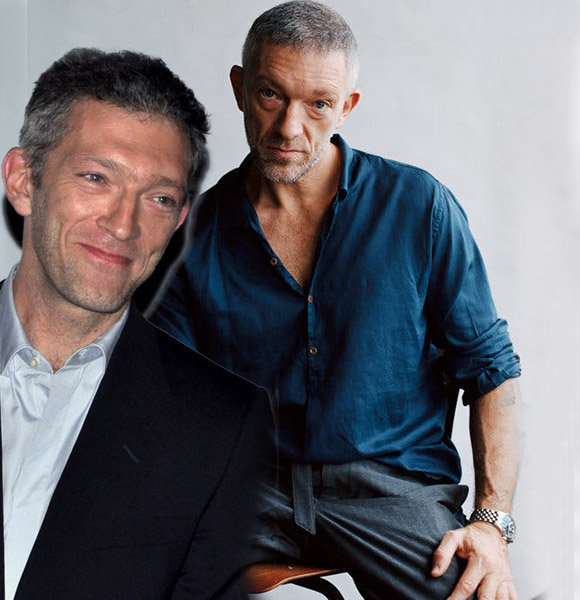 Vincent Cassel is a glorious movie actor - who has been serving the entertainment industry since 1993. Post his debut through the 1993 movie Metisse; Vincent has gone to act on multiple films like Mad Swan, Eastern Promises, and La Haine.

As of 2019, the star actor has made appearances over 88 projects, including movies and TV shows. His latest works are Underwater and Li Na: My Life, both set to release in 2020.

With Wife or Girlfriend?

Interestingly, the handsome actor is married to his beautiful model girlfriend, Tina Kunakey. He and his girlfriend dated for about three years before getting married. The wedding took place at a small municipality of a town in southwest France.

About Another Star :- Clayton Snyder A.K.A Ethan Craft Is Engaged, See The Pictures

Rumors that the duo was about to get married had swirled around before too. For a pair who shares a 30-year-age difference, there were people who were skeptical about their relationship.

Proving that love knows no bounds, Vincent and Tina became prime examples that age is just a number. Within a year of their marriage on 24 August 2018, Vincent and Tina welcomed a beautiful baby girl named Amazonie. She was the first kid for young Tina, while the third for Vincent.

Previously, Vincent was married to actress Monica Belluci. The pair had tied the knot on 3 August 1999 and divorced on 26 August 2013. During their time as a couple, they welcomed two children: both named daughters Deva and Leonie.

On the topic of how much the actor earns, with his stature and success in the industry, it should be quite a high number.

Estimated at a whopping $40 million, Vincent's massive net worth should be of no surprise.

He reported earnings per year varied depending upon movies and his roles. For one of his characters as Thomas Leroy in Black Swan, he garnered a sum of $2450000. Similarly, for his works in the two-part movie: Mesrine: L'instinct de mort and Mesrine: L'ennemi public No 1, he received  $783,000 each.