Who Is Gerard Way's Wife? Daughter, Net Worth, Height & Facts

By LRU Writer | On: January 30, 2020
Gerard Way is a comic book writer and musician...known for creating the comic series The Umbrella Academy...is married to his wife Lyn-Z or Lindsey Ann Ballato...she is the bassist of the synthpunk band Mindless Self Indulgence...has a daughter with Lyn-Z...his age is...an estimated net worth of...his band is on tour...lives in California now with his family...stands at a height of... 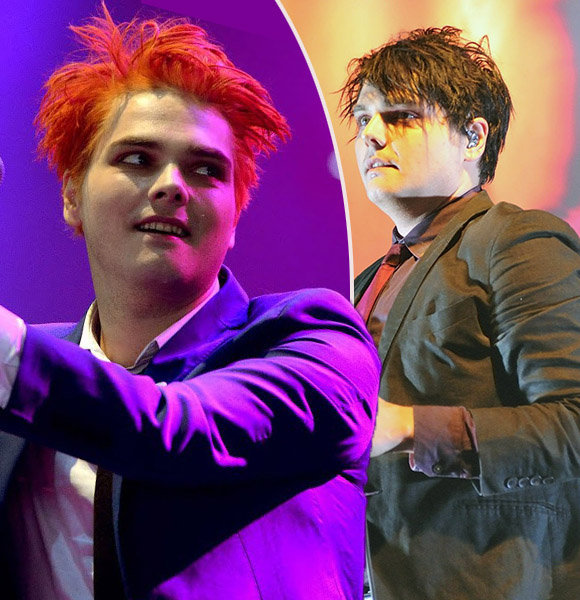 Gerard Way is most-known for being one of the founding members of the American punk/rock band, My Chemical Romance. He is famous as the lead singer and guitarist of the band that split in 2013.

Moreover, Gerard is also a comic book writer and has released many famous comic series. Some of his comics - which are usually dark-humored- are The True Lives of the Fabulous Killjoys, The Umbrella Academy, and Edge of Spider-Verse.

Gerard is married to another musician, bassist of the synthpunk band, Mindless Self Indulgence, Lyn-Z. Her real name is Lindsey Ann Ballato.

The couple met for the first time in 2003 when Gerard’s band supported Lyn-Z’s band. But, their relationship didn’t start until their second meeting, four years later, during a tour with Linkin Park.

Both their bands were featured in Linkin Park’s Projekt Revolution tour.

The couple got married on the final date of the tour, on the 3rd of September 2007. Their wedding ceremony was held on the backstage of the final concert venue, and a touring staff officiated their wedding. Their daughter, Bandit Lee Way, was born on the 27th of May 2009. Gerard now lives with his wife and daughter in Los Angeles, California.

Gerard Way has an estimated net worth of $20 million, according to Celebrity Net Worth.

Another Comic Creator:- Does Robert Kirkman Have Any Chances Of Divorce With Wife? Married Life Moving Smoothly