By LRU Writer | On: April 07, 2016
Fifty-year-old Mo Collins has not only been able to mark herself as a successful American actress and comedian but is also able to make herself known as a GIST survivor. GIST is a rare form of cancer. Most of us are well known about her tumor story but she herself has revealed that she is thankful to her then fiancé and now husband who supported her whole time. 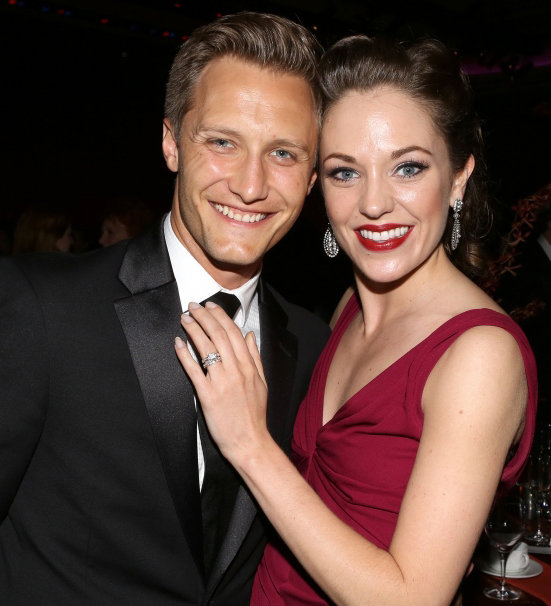 Fifty-year-old Mo Collins has not only been able to mark herself as a successful American actress and comedian but is also able to make herself known as a GIST survivor. GIST is a rare form of cancer.  Most of us are well known about her tumor story, but she has revealed that she is thankful to her then fiancé and now husband who supported her whole time.

She was diagnosed in spring 2011 after she noticed an odd lump in her abdomen. And Collins was lucky enough to be diagnosed earlier, and all the credit goes to her now husband, Alex.

@gdigiuseppe you are so sweet! That friggin tumor must've been blocking my "glow". Take care!!! xo — themocollins (@THEMOCOLLINS) January 11, 2012

Speaking about her days before being diagnosed, she said to liferaftgroup.com: “I would have done nothing about it. I was 44, feeling healthy, everything was going perfectly for me, but my fiancé, Alex said, ‘You need to get it checked out.'"

Her husband was surely her life saver as he insisted her to seek medical help because she had a primary GIST tumor in her duodenum. She underwent surgery at the end of the year that very year after she was given neoadjuvant Gleevec to shrink the 6 cm tumor.

“The hardest thing for me then was that we didn’t know going in what kind of surgery I would have," she added.

She further stated: "I was prepared for a possible Whipple. It’s a whole lot to swallow, but that’s when you find out what you’re made of."

But luckily Whipple was not needed, and the surgery was a success.

According to her, she was kind of scared and terrified at the beginning hearing that she had a primary GIST tumor in her duodenum but she was later prepared for it and her then fiancé stood by her side supporting her which motivated her a lot.

Though her relationship with her then fiancé turned sour with time, she is still thankful to him who found out that there was something wrong with her health and asked to go for a checkup. The couple got married in June 2013, and they are happy to be together. Alex is said to be very conscious about her health and takes proper care of her.

There are neither any news nor any rumors about her having problems in her marriage with her husband Alex. It seems as if she is having a healthy relationship with her man. We hope this loving couple will live a happy married life.

It's our 3rd Anniversary already!!! This man KNOWS how to love me...??

She might have a happy and healthy relationship with her present husband, but you will all be surprised to learn that this sexy lady was previously married to Jimi Englund. They tied the knot in 1993 but unfortunately the pair divorced a few years later.

Despite having survived cancer, Mo has never allowed her health and personal life restrain her profession. She has been giving her best in the movies and film industry and return, she has been paid well and blessed with better future and achievements. With the increase in her success and popularity, the number of her fans and well wishers are growing rapidly. Though her net worth is not yet revealed, it is estimated to be in millions.

Her life and success are truly an inspiration for many who are fighting cancer and other such diseases. She is regarded not as a typical actress but an actress who kicked the butt of GIST. Notable for her outstanding portrayals and comedy, she has a long way to go and achieve more in the days to come.