By LRU Writer | On: November 28, 2019
Hassan Whiteside is an international basketball player...went on to play overseas...got his foothold back in the NBA... is in a relationship with...welcomed their first child together...was in a relationship with...was born to parents...was raised by a single mother...alongside his six siblings...stands at the towering height of... 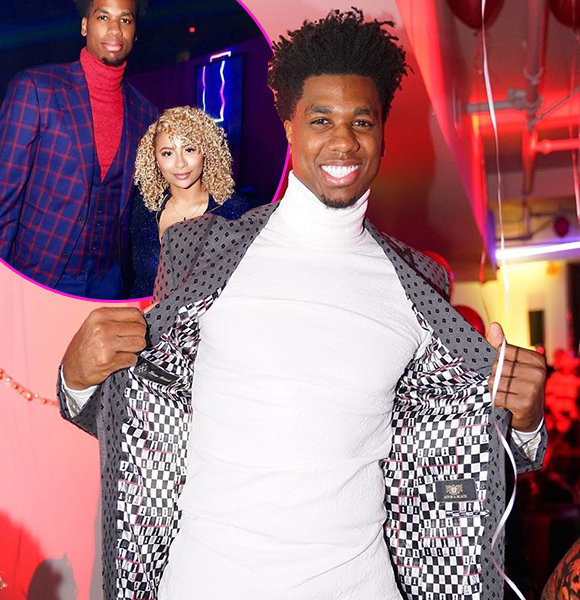 Hassan Whiteside is an international basketball player - who initially burst into the professional sports with NBA's Sacramento Kings. He was drafted in 2010 as 33rd overall by the Kings.

However, his NBA journey has not been very smooth. Shortly after he was picked, the Kings waived him. Then, he pretty much bounced in and out of the league. Initially, he floated through the D-League and eventually went on to play overseas in China and Lebanon.

But in 2016, Hassan got his foothold back in the NBA after signing a four-year contract with Miami Heats.

Hassan Whiteside's love life is pretty much set. He is in a relationship with Ashly Ariza, whose Instagram Bio describes her as a singer.

Well, Hassan is not one to openly gush about his dating affair in media, so not much is known about how the couple met and how long they have been dating. But on 9th December 2018, the couple welcomed their first child together, a beautiful boy - Jayden Legend Whiteside. Hassan is, without a doubt, a very doting father to little Jayden. Further, he also does not shy away from showing his love for his baby mama.

Although nothing has been confirmed yet, the couple does not seem to be far from pronouncing each other as "husband and wife."

Well, Hassan and Ashley are an adorable couple. However, she is not the only one in Hassan's life.

Before Ashley, the NBA star was in a relationship with a fitness enthusiast named Alexis Gardner. But, when they parted ways in 2017, their separation ended up in a court case. Alexis demanded compensation for her investment and support over several years as Hassan pursued his career. The case was eventually settled after the two reached a $3 million agreement.

Hassan was born to parents: Hasson Arbubakrr and Debbie Whiteside in Gastonia, North Carolina. His father was also a sportsperson who played professional football for the Vikings and Buccaneers from 1983 to 1984.

Despite having a father, Hassan was raised by a single mother. His mother, Debbie, took care of the athlete as a single mom alongside his six siblings - Anthony Whiteside, Nassan Whiteside, Darius Whiteside, Omaris Whiteside, Jovanna Whiteside, and Danny Whiteside. Debbie worked four jobs to raise Hassan and his siblings.

Further, the NBA star is always grateful to his mother and adores her a lot. In fact, he purchased a six-bedroom dream house for Debbie in Mount Holly, North Carolina, in 2017.

Born on 13th June 1989, Hassan Whitestead stands at the towering height of 7 feet (2.13 m), with a complimenting weight of 120 kgs (265 lbs). Further, the player of African-American ethnicity is a follower of Islam.

As for his education, the player attended two Gastonia middle schools before moving to play high school basketball at Lenoir’s Patterson School.

You May Like:- Marvin Williams Wife, Girlfriend, Family, College

After high school, he played college-level basketball at Marshall University for a year before being drafted by the Kings.