By LRU Writer | On: November 15, 2019
Marvin Williams’s family was the main driving force that encouraged him the follow a career in...he has to take care of his parents and brothers. The NBA superstar also has a family of...started playing high school basketball for Bremerton High School and became a standout... 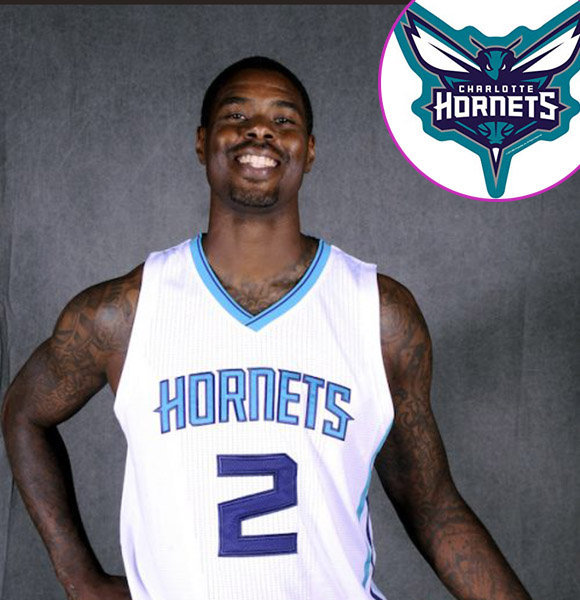 Lucky enough to get support from his parents even after their divorce, Marvin Williams’s family was the main driving force that encouraged him the follow a career in basketball.

As a promising young player, his parents seperated, and all the responsibility came upon his shoulders. Though he was just a teenager at that time, it never bothered the forward.

He kept on repeating the phrase “It’ll be all right” and finally made a dream come true in 2005 when Atlanta Hawks selected him in the NBA.

Married To Wife Or Dating Girlfriend?

Apart from basketball, his family has been the priority for NBA forward Marvin Williams. While he takes care of his parents and brothers, the NBA superstar also has a family of his own.

He became a father to a lovely daughter Ari in May 2015, and since then has been a very busy father. In an interview with For The Win in 2018, the Hornets veteran talked his way through becoming an active father and how his girlfriend helps him look after the baby. Marvin Williams with his daughter Ari in June 2018 (Photo: ftw.usatoday.com)

Marvin Williams was born as Marvin Gaye Williams on 19 June 1986 in Bremerton, Washinton, to parents Marvin Williams Sr and Andrea Gittens. He has two brothers Demetrius and J'Tonn, in a family of five.

His parents divorced when he was beginning to make his name in basketball. However, that did not affect him as his parents remained good friends and kept their children as their priority.

More About Him:- A Clear View To Marvin Williams' NBA Stats; Possesses Multi-Year Contract To Shine Ahead

Also, he was listed as a five-star prospect amongst forwards in the nation in 2004. Considering his terrific playing stats, the height of 6 feet 9 inches(2.06m), and weight of 108kgs, he was selected as a freshman at North Carolina in the same year.

During his time in the college competition, his heroic off the bench in the Championship game helped his team win 75-70 against Illinois. Similarly, his consistent performances in the NCCA helped him get drafted in the NBA in 2005.

After completing his seven years with the Hawks, he was traded to Utah Jazz for a brief period and made a transition to Charlotte Hornets in 2014. Now, he is a valuable aspect for the Hornet roster and also one of the most senior players in the team.