By LRU Writer | On: June 14, 2019
Heather Graham is an American Actor...best known for her roles in Austin Powers: The Spy Who Shagged Me (1999)...also a writer, director, and producer...born in Milwaukee, Wisconsin, the USA in 1970...has a younger sister Aimee Graham who is also an actress and a writer 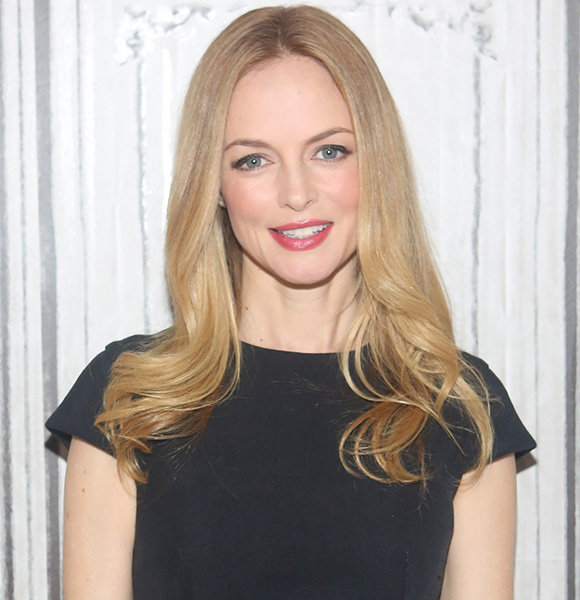 Heather was born in Milwaukee, Wisconsin in 1970. She celebrates her birthday on the 29th of January, every year. The actor comes from the family of a retired FBI agent father, James Graham and a schoolteacher mother, Joan Bransfield. She also has a younger sister named Aimee Graham. Aimee is also an actress and a writer like her older sister.

Someone Similar:- Natalie J. Robb Not Married! Too Busy For Boyfriend - Let Alone Having a Husband

Because of her father’s work, Heather moved around a lot in her childhood. However, the Graham family settled in Agoura after James‘s retirement. Heather completed her high school there from the Agoura High School in 1988. For her higher education, she was enrolled in the University of California, Los Angeles. However, Heather dropped out of college two years later to pursue her acting career.

Regarding the actor's appearance, the 49-year-old actress is a gorgeous woman. She has also been listed as the world’s sexiest woman by multiple publications. She dawns a perfect height of 5 feet 7 inches (1.71m) and a weight of 57 Kg.

As for her background, she has Irish, English, Scottish, Welsh, and German descendants in her.

Heather is someone who has been in multiple relationships but has nothing to show for it. Throughout the years, she has been linked with many big names celebrity. The list includes names like Corey Feldman, Kyle MacLachlan, James Woods, Stephen Hopkins, Heath Ledger and many more. Around 2002, the actor was rumored to be a lesbian or bi. Her sexual orientation was brought into question when she was caught being close with American actress Drew Barrymore. Neither of them shed light on the matter. It did not help much to the case when Heather played the role of a lesbian character in Gray Matters.

Rumored Lesbian:- Know If Emmanuelle Vaugier Is A Lesbain Or Not; To Be Married Or Dating

Heather has been relatively quiet after her relationship with film producer, Tommy Alastra. The pair started dating in 2016 and broke up a year later.

Taking her past into account, Heather might be searching for something particular in her boyfriend. Something she hasn't found yet. A quality that will want her to make him her husband.