By LRU Writer | On: October 23, 2019
Australian actress residing in Canada, Helene Joy is a vastly underrated actress...Helene Joy was born on...The Australian actress stands at a height of...flaunts a body of measurements...Helene’s career in acting started while she was studying in high school...her total net worth is...Her boyfriend turned her life upside down...the Murdoch Mysteries alum is single or married... 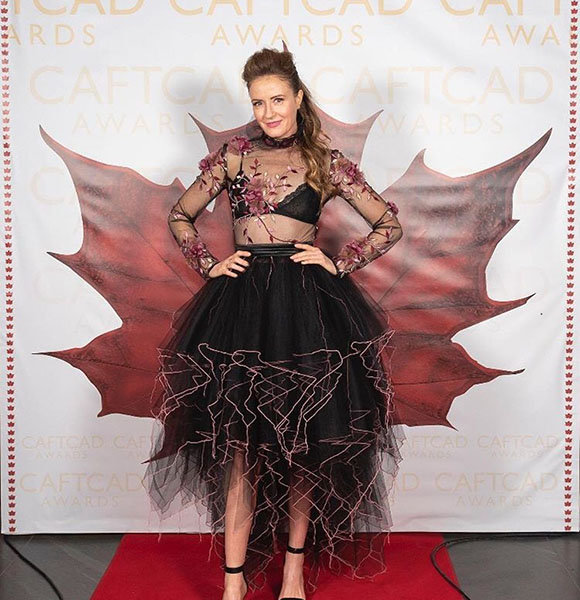 Australian actress residing in Canada, Helene Joy, is a vastly underrated actress. Part of it might be her lowkey personality.

Whatever the reason, the Murdoch Mysteries actress is one of the deserving stars out there. She even won the Gemini Awards in 2008 - the Canadian equivalent to the Emmy Awards - in the lead actress category.

Due to her lowkey life, very little to nothing is known about her dating whereabouts. So, it is not known whether the actress has a partner or not. But what fans do know is that she left Australia due to her boyfriend.

Yes, Australian native Helene left her home country in 1999 and moved to Vancouver in Canada to be with her mysterious boyfriend. According to the actress, her boyfriend turned her life upside down.

However, she later broke ties with him.

Now, it is unclear if the Murdoch Mysteries alum is single or married.

Helene Joy was born on 21 October in Perth, Australia. She was raised by a single mother as the youngest of her siblings. Growing up, the actress went to the Kewdale Senior High School.

When Helene finished high school, she joined a youth theatre company for a tour across Europe. When she got back, she attended Curtin University to study Theater.

A year later, she won a scholarship to the Western Australian Academy of Performing Arts and graduated with a diploma in Acting in 1995.

Taking about the actress' physical attributes, the 41-year-old Australian actress stands at the height of 5 feet and 9 inches (1.7 m) and flaunts a body of measurements 29-25-33 inches.

Helene started acting while she was studying in high school. But, her professional acting began when she had a minor series in an episode of the adventure series called The Man from Snowy River in 1996.

After her role in the show, she played several other minor roles in the TV series, such as G.P., Water Rats, Big Sky, First Wave, and The Outer Limits.

Her debut in the movies happened through the character Helen Desareé in the film The Beneficiary.

After many minor roles in many TV shows and movies, she finally landed a significant role in the CBC sitcom called An American in Canada- which aired from 2002 to 2003.

Through much hard work and dedication, Helene was able to land another significant role in the TV drama series called Durham County as Audrey Sweeney. The show helped Helene gain even more popularity.

Her fantastic work in Durham County gave her more opportunities. She was not done with the show when she got another lead role in the CBC series M.V.P., and a TV film called An Old Fashioned Thanksgiving.

With all the popularity, she was able to get her big break in another TV drama series called Murdoch Mysteries. Apart from acting, Helene also invests in real estate. She is a certified real estate agent in Australia. She also has properties in different parts of the globe and does a lot of renovations during her travels.

But even with so many assets and fame, her total net worth is hidden from the public. It might be safe to assume that Helene earns more than the average five-figure salary of a regular actor.