By LRU Writer | On: January 13, 2020
Liam Hemsworth is one of the most famous Australian actors alongside his brothers...wedding with his ex-wife, Miley Cyrus...led to their divorce...dating Gabriella Brooks...at the age of...stands at the height of 6 feet 3 inches (1.91 meters)...net worth from movies...had already moved on...also went on a “romantic stroll” a few days after... 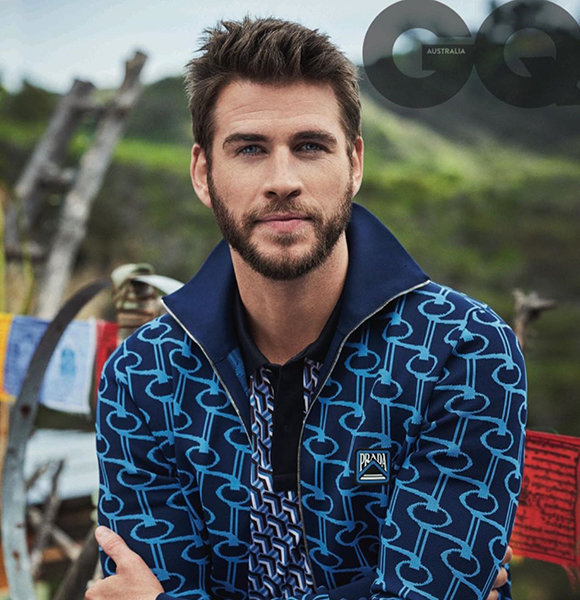 Liam Hemsworth is one of the best Australian actors along with his brother, Chris Hemsworth. He has starred in multiple high-grossing movies such as The Hunger Games series, Independence Day: Resurgence (2016), The Expendables 2 (2012), and Paranoia (2013).

The couple was spotted kissing each other on the beach in Byron Bay and spent the New Year’s Eve together. In addition to being together, he has also introduced Gabriella to his family. The Hemsworths approve of her, and Liam, too, is comfortable around her.

Before Gabriella came into his life, Liam was involved with pop megastar Miley Cyrus for a long time. They first met in June 2009 while filming the movie, The Last Song (2010).

During filming together, they got close, became best friends, and eventually started dating. They confirmed their relationship by appearing in the 2010’s Oscars together.

The couple followed up their first public appearance with many other spottings, along with a few breakups along the way. However, they got back shortly after each breakup.

In June 2012, and the couple confirmed that they were engaged. Miley even told People:

I’m so happy to be engaged and look forward to a life of happiness with Liam.

However, after a year or so, in September 2013, the couple broke off their engagement. After the split, Miley and Liam both were seen with other people.

Fast forward to January 2016, and the couple was spotted together again by cameras. However, they did not confirm anything about their reconciliation then.

They decide to wait till April 2019 to appear together, and in the spotting, Miley was wearing her engagement ring as well.

After the reconciliation, the couple went through a lot of happy years, which were all recorded in Liam’s Instagram, leading to their wedding in late 2018.

Liam and Miley got married on 23rd December 2018. Following their marriage, Liam also revealed that he would like to be a parent one day during an interview with GQ Australia. But, in an anti-climactic way, Liam separated with Miley in late August 2019. Miley’s rep confirmed to People that they had separated. Both Liam and Miley confirm ed their break up on their Instagram pages a few days after their official split.

Following this, the actor filed for divorce from Miley on the 21st of August 2019. He cited “irreconcilable differences” as the reason for the divorce.

The following day, on 22nd August, Miley goes on a rant on her Twitter, clarifying that there was nothing to hide about their split.

Their divorce was confirmed on the 24th of December 2019. Because they had a prenup before their marriage, the divorce settlement was smooth. The court declared that Miley would get the custody of all their animals: 15 pets, including seven dogs, three cats, two horses, two mini horses, and one pig.

Even before his divorce with Miley was confirmed, Liam had already moved on. He was spotted hanging out with Maddison Brown, another Australian actress in early October 2019.

Liam made out with Maddison during a date in New York City, and also went on a “romantic stroll” a few days after they were spotted making out.

People also reported that unlike his previous relationship with Miley, Liam was going to take it slow with Maddison.

However, all these rumors about a relationship seemed to be just a fling as Maddison shot down these speculations in early December 2019. In addition to this, neither Liam nor Maddison came out to confirm or deny the rumors.