Everything About Actor Henry Zaga: From His Dating History to Gay Rumors to Net Worth

By LRU Writer | On: June 25, 2021
Henry Zaga is a rising star in Hollywood. He made a major splash with his roles; Josh Diaz...The question regarding Henry’s sexuality gained tractions ever since his brilliant portrayal of a gay...Henry started his acting jouney with the TV show, The Mysteries of Laura in 2015. Since then, he has steadily... 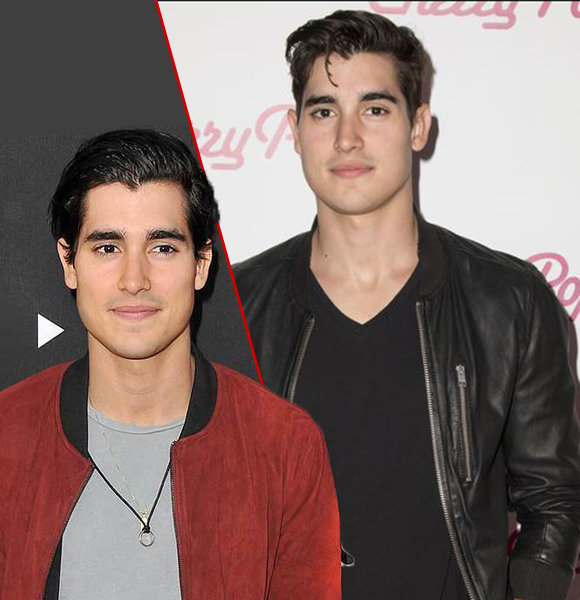 Henry Zaga, a rising Hollywood star, is a Brazilian actor recognized for his talent and competence. With his performances as Josh Diaz in the series Teen Wolf (2015-2016) and Brad in the TV program 13 Reasons Why (2017), he has left an impression.

By diving here, you shall discover everything there is to know about his career and personal life.

Is He Single Or Dating Someone? Is He Gay?

As we are well aware, many aspiring actors do not want their personal life to be discussed in public. The 28-year-old is in the same boat, preferring to keep his private affairs discreet. As a result, any precise information on whether or if he's taken or single is unavailable.

The subject of Henry's sexuality has gained a foothold since his outstanding portrayal of a gay guy called Brad in 13 Reasons Why. In season one of the hit series, he was seen having coffee with Tony Padilla (Christian Navarro). Henry Zaga with Christian Navarro in a still from 13 Reasons Why (Photo: Pininterest.com)

There was a period when there were speculations that he was dating Alice Braga. He is close with this actress, as seen by photos of her on his social media accounts. Things, on the other hand, never developed, or at least that is what we know.

In a word, because of his secrecy, any facts or specifics about his love life or personal life, in general, are unclear. It's quite reasonable for a young fine gentleman to be guarded about his "potential" relationship and life.

His full name is Henrique Chagas Moniz de Aragão Gonzaga, and he grew up in Brazil with his parents and siblings. In terms of the actor's career, he is making rapid progress in tv shows and films. Though Zaga has just a few appearances, most of them have been at the top of the charts and received huge acclaim.

The film business is always evolving, and one of the primary reasons for this is the industry's flexibility. The actor has adjusted to the new culture and industry while putting up his best efforts, despite coming from a totally different environment and upbringing.

Haga's most anticipated part as Nick Andros, a deaf and mute wanderer, in the Stephen King adaptation The Stand, which aired in 2020, has broadened his talents. In addition, his performance as Roberto da Costa / Sunspot in the film The New Mutants is regarded as one of his greatest. Henry Zaga with his cast from The Mutants (Photo: Henry Zaga/Instagram)

The actor, known for his attractive looks and lovely demeanor, has only been in the entertainment industry for four years, but his achievements are outstanding. He has currently been able to achieve both greater performances and a huge fanbase. However, towards the outset of his career, he obtained fewer appearances on shows and was less visible to the general public. As a result, as of 2021, his net worth is estimated to be approximately $1 million.

For You:- Henry Thomas Wife, Kids, Net Worth

The actor, who has been interested in performing since he was a youngster, appears to be enjoying the time of his life in show business. However, we believe he has a lot more to offer and many projects on the table.