By LRU Writer | On: October 11, 2019
Child acting prodigy, Henry Thomas shot to fame as Elliott in the hit film, E.T. the Extra-Terrestrial. For the role, he got...Henry has seen ups and downs in terms of his relationships. He fell in love and got married to actress...Henry’s parents; Henry Jackson Thomas and Carolyn L. Thomas come from a humble background. They were always.... 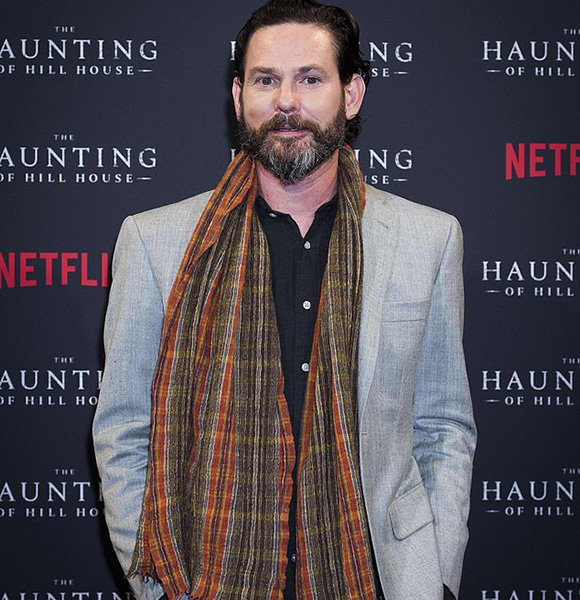 Child acting prodigy, Henry Thomas shot to fame as Elliott in the hit film, E.T. the Extra-Terrestrial. For the role, he got listed on VH1's 100 Greatest Kid Stars. Surprisingly, after making it big in the showbiz, he returned to his old school.

Sadly, he was bullied mercilessly by his peers. But, Henry survived the harsh treatment and kept acting in movies. To date, he is active in the industry with films like Dreamkatcher, Riptide, and Barely Afloat in production as of 2019.

Henry has seen ups and downs in terms of his relationships. He fell in love and got married to actress Kelly Hill - known for God of Reincarnation. The pair became husband and wife on 20 May 2000. Henry Thomas with wife Kelly Hill at an event in 2002 (Photo: gettyimages.com)

However, the pair’s relationship didn’t last long, and they got divorced on 2 May 2002.

After the end of his marriage, Henry didn’t give up on love. He started dating German actress, Marie Zielcke and eventually got married to her on 10 May 2004. The married pair went the family way and became parents to daughter Hazel Thomas.

However, their marriage didn’t last. Henry and his second wife got divorced in 2007.

The actor didn’t give up on love even after two failed marriages. In 2009, he tied the knot with Annalee Fery. The couple boasts two daughters. To date, they remain happily married with kids.

Henry’s parents: Henry Jackson Thomas and Carolyn L. Thomas, come from a humble background. They were always far from a showbiz life. Nevertheless, they supported Henry in his acting aspirations from a young age.

The actor’s family’s support paid off as he has managed to build a sucessful career in Hollywood. Today he boasts over 65 acting credits. His filmography includes movies like Misunderstood, Cloak & Dagger, The Quest, and Murder One.

Back in 1996, he was nominated for a Golden Globe in Best Supporting Actor – Series, Miniseries or Television Film category for the TV movie, Indictment: The McMartin Trial.

As a result of a blossoming career, he has accumulated a net worth of $1.5 million.

The actor of height 5 feet 11½ inches (1.82 m) has tried his hands in another part of filmmaking. He acted as a producer for the TV show, Grip and Electric in 2016.

Many might not be aware that Henry is also an author. He published a fantasy novel titled The Window And The Mirror in 2019.

Further, the talented star is also a musician. Henry was part of a band called The Blue Heelers in the '90s, which released an album called Twister. Interestingly, their song Truckstop Coffee appeared in the film Niagara, Niagara’s soundtrack.