Hilarie Burton Married Life & Wedding Details, How Much Is Her Worth?

By LRU Writer | On: December 25, 2019
Hilarie Burton is an American actress...best known for her role as...appeared on the hit show for...was born on 1 July...marked her very first appearance...critics praised her...nominated for three...won the Outstanding Ensemble...married actor Jeffrey...dating for over a decade... has her own production company...Her reported net worth is... 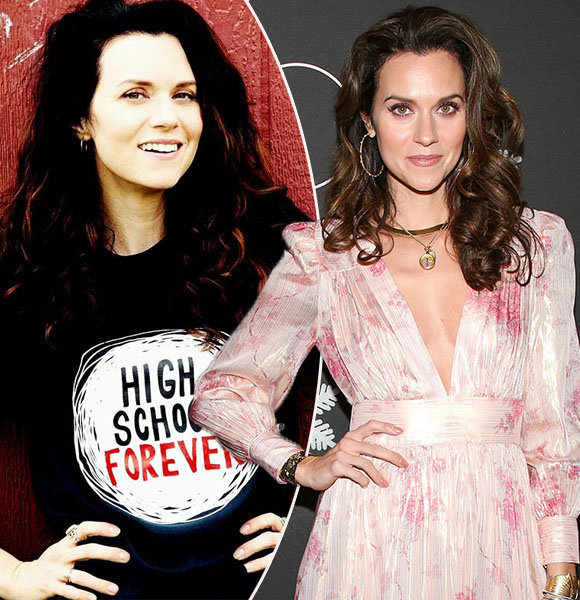 Hilarie Burton is an American actress, producer, and TV personality. She is best known for her role as Peyton Sawyer on The WB/CW drama, One Tree Hill. She appeared on the hit show for six seasons from 2003 to 2009.

The beautiful actress got married in October of 2019. Read on to find out more about Hilarie's marriage and husband.

Hilarie Burton married actor Jeffrey Dean Morgan on 5 October 2019. The two had been dating for over a decade starting from 2009 and have two children. The couple's first child Augustus Morgan was born in March 2010. Further, they had a daughter named Georgia in February 2018.

Hilarie Burton Morgan was born on 1 July 1982 in Sterling, Virginia, to a veteran of the US Army father and a real estate agent mother. She also has three younger siblings, all brothers. They are named Billy Burton, Johnny Burton, and Conrad Burton.

Hilarie graduated from Park View High School in Sterling. She was the student council treasurer during her sophomore year and vice-president during her junior year. For her senior year, Hilarie was the captain of the cheerleading squad, student council president and homecoming queen. She attended New York University and Fordham University afterward.

Hilarie’s career started as a VJ for MTV’s Total Request Live (TLR). The actress was supposed to be a guest commentator for one segment, but she did so well that she was hired permanently for the job. She then got the opportunity to present the 2000 MTV Video Music Awards and MTV’s Iced Out New Year’s Eve.

She had grown in popularity because of her appearances on the events mentioned above and got a chance to portray herself on The WB drama Dawson’s Creek in 2002. The TV show marked her very first appearance as an actress, a goal she had been pursuing since she was a child.

In April of 2003, Hilarie was cast in The WB drama series One Tree Hill, which premiered on 23rd September 2003. The program was a huge success and cemented its position as the network’s top-rated program of the year in no time. Many critics praised her performance, and she was nominated for three Teen Choice Awards for the show.

Hilarie has worked in several films among which, Solstice (2008) and The List (2007) are the most notable. The actress has also appeared in more than 20 TV productions.

Further, Hilarie has also won multiple awards for her roles. She won the Outstanding Ensemble Acting award for her role in Our Very Own on the 2006 Sarasota Film Festival. She also shared the Ensemble Acting Award of the Year with the cast of The Secret Life of Bees on the 2008 Hollywood Film Awards.

On top of being an actress, Hilarie has her own production company named Southern Gothic Production (SoGoPro). Having starred in multiple successful series, it’s no surprise that she has amassed a good amount of wealth. Her reported net worth is $5 million.

As for her husband, Jeffrey is reported to be worth $10 million, and he gets paid $200,000 for every episode he plays.