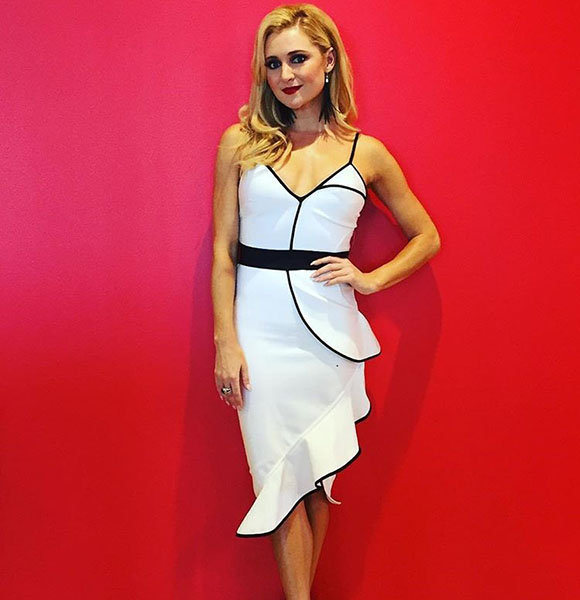 Widely known for the VH-1’s hit show Hit The Floor, Katherine Bailess is a multi-talented actress/dancer who has taken the cinema with a roar.

But, acting and dancing are not all Katherine is known for. She is also famous for writing and singing her country music following in on her Southern roots.

Katherine Bailess was born in Vicksburg, Mississipi on 24 April 1980. She grew up with an older brother Russ Bailess and a younger sister Becca Bailess. When she was a child, her mother put Katherine into gymnastics classes at the age of four, but she had already started her dance classes then. Being a hard-working kid, she won everything she participated in.

But, taking dance and gymnastics together was challenging for Katherine. Thus, when she broke her arm in gymnastics, she decided to quit it. She then started dancing professionally at the Miss Mississipi Pageant at the age of 11.

Since then, Katherine danced in different studios in Mississippi. She even went to American Theatre Dance Workshop at Hofstra University and as well as Ann Reinking’s Broadway Theatre Project at Tampa, Florida throughout her high school summers.

Katherine Bailess started her TV journey in 2003 when she played as ‘Alexa’ in the movie From Justin to Kelly. Since then she acted in different TV shows such as Gilmore Girls and One Tree Hill (which brought Katherine even more into the spotlight).

She became a trendy actress/dancer when she played the role of ‘Kyle Hart’ in the famous VH-1 TV series called Hit the Floor. Since then, she has gained a considerable fanbase. Apart from acting, Katherine pursues a career in the music world as well. Next and Who’s Cryin’ Now are some of her popular songs.

Even though she is a popular actor, dancer, and singer, her total net worth is not disclosed to the public.

Talking about her measurements, she stands at the height of five feet and five inches (1.65 m) with a suitable weight.

Katherine’s personal life is a little challenging to break down as the actress does not share much information regarding her dating life.

However, in an interview with Her Campus published on 10 July 2018, Katherine did mention that she dated a co-actor from the movie One Tree Hill named Paul Johansson. The actor duo met on the set of the same film. According to Katherine, she and Paul dated for a long time. But, things didn't work out.

Similarly, in August 2014, Katherine tweeted that she got married and it was official along with a link to an Instagram post. Upon a little investigation, it became clear that she was joking along with James LaRosa- her co-star of Hit the Floor.

Further, Katherine tweeted on 29 July 2013 a tweet that might have left the fans shocked for a little while.

But it was evident she was talking about her on-screen husband ‘Smith Jerrod’ portrayed by actor Jason Lewis.

Explore:- Caitlin Carver Feels Blessed to Be Dating Her Boyfriend; Her Awww-ish Affair

As of 2019, it is unclear who the 39-year-old actress is dating or if she has any intentions to get married.