By LRU Writer | On: February 28, 2018
Regarded as one of the beautiful women in the American television industry, Dena Loesch, a female conservative talk radio host(like Dana Perino, Katie Pavlich, and S. E. Cupp) TV host and author, is the subject about whom we will discuss today. Today we will discuss her married life and about her husband and her children. 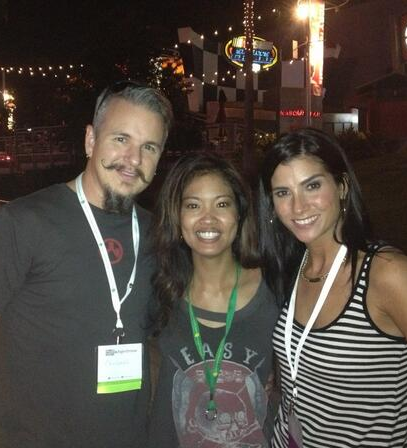 Regarded as one of the beautiful women in the American television industry, Dena Loesch, a female conservative talk radio host (like Dana Perino, Katie Pavlich, and S. E. Cupp) TV host and author, is the subject about whom we will discuss today. Today we will discuss her married life and about her husband and her children. 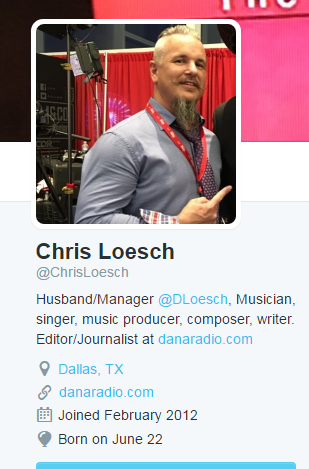 Dana and Chris first met at the Webster University. Dana was pregnant when she was studying journalism on scholarship at Webster. Following a pregnancy, Dana left the university and got married to Chris Loesch in 2000. They had their first child when she was 21. She now lives a  happy life with her two boys and husband.

The mother of two is also a gun enthusiast and also happens to be the spokesperson for National Rifle Association. She is also an author of the book named Hands Off My Gun. Dana holding a gun in red dress on the cover of her book Hands Off my Gun (theblaze.com)

Since America has been facing some serious shooting within a year, there is excessive pressure for the spokesperson of the Rifle Association. The recent shooting in Florida's Douglas High School in Parkland killed 17 innocent people. The shooter was a 19-year-old student named Nicholas Cruz who used AR-15.The incident has caused outrage among the people about the gun rights in America.

She surpassed the blame to FBI for failing to live up to their duties and even attacked the media.

“Many in the legacy media love mass shootings. You guys love it. Now, I’m not saying you love the tragedy, but I am saying that you love the ratings. Crying white mothers are ratings gold to you,”

While some people were praising her for handling the situation in the given circumstances the Florida shooting survivor David Hogg had it otherwise. He criticized Dana for her action and further added:

“Honestly, it’s disgusting. [The NRA acts] like they don’t own these politicians, but they do.They’ve got gun legislation passed before in their favour, in favour of gun manufacturers. The NRA is an organisation that’s completely broken.”

Despite her busy schedule, the gun-loving mom has been able to manage her personal life and professional life. Fifteen years of their relationship has not trembled till now.

Famous for her impressive presentation skills, Dena Loesch is widely known for her sweet voice and strong position on several issues and being an entirely unbiased TV anchor(which is somewhat rare these days.)

Dana was raised in Missouri by her single mother, Gale. She graduated from Fox High School and studied Journalism at Webster University but eventually dropped out after she got pregnant. She grew up as a staunch Democrat, in contrast to her husband who was a strict Republican but eventually steered off to the Republican side after the 9-11 attacks but still says unbiased to both sides when it comes to providing news.

Dana has appeared as a political commentator on television networks such as Fox News, CNN, CBS, ABC, and HBO and has presented her views to people of all walks of life and has relentlessly pushed for a better political environment. She is also an author of two books names Flyover Nation and Hands Off my Gun.