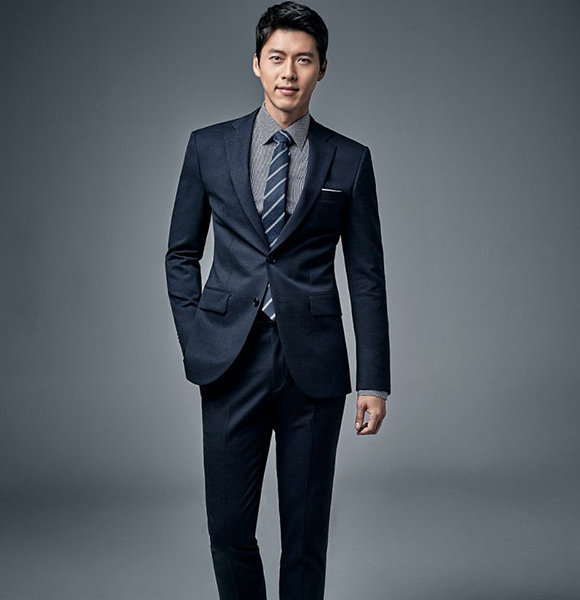 The word mystery has no place in the Korean actor Hyun Bin's life!

While many celebrities keep their personal life a mystery, Hyun Bin spills the beans on his dating life himself. Rather than keeping the dating life at bay, he prefers to announce the update about his personal life to his followers.

Since he loves to keep his personal life as an open book, he also faced difficulty in announcing his split with his girlfriend as the pair was supported and loved by his followers.

Celebrity Girlfriends But No Wife

The Secret Garden actor Hyun Bin loves to spill the limelight on his dating status; no wonder his dating history has been like an open book to his followers!

Other Korean Actor:- Gong Yoo Hoping To Get Married With? Heart-Throb Hints Dating Scenario To Last

His dating timeline starts from 2007 as he was reportedly dating the actress and singer Hwang Ji Hyun, which rose the fame of Hwang being the girlfriend of Hyun Bin. With the public speculation of their separation, the couple could not endure much with their problems followed by speculation, so they finally full-stopped their relationship in 2011.

Don't Miss:- Rumors Of Lee Seo-jin Being Married And Having A Wife True Or Not? Considered Wedding With Co-Star On A Condition

After ending the four years of relationship with the busy schedule, he also turned his hand into the romance with the actress Kang Sora after meeting in October 2016 through their work.

They continued their friendship as senior and junior in the industry sharing advice and concerns until they bound into the romantic relationship in December. The couple had only been dating for two weeks when he revealed about his blooming relationship with the actress Kang So Ra on the press conference of his new film, Cooperation on December 2016.

When he was asked about his girlfriend, he chose his word wisely and expressed that he is dating Kang Sora. He said:

"I'm careful with my words considering various situations and because it's a personal matter. We are seeing each other with good feelings and we're also cautious because we just started. We plan to get to know each other slowly and carefully. Please look after us. I appreciate all the great attention."

Hyun Bin and Kang Sora met in October 2016 and confirmed that they were dating the following December.

Revealing the personal relationship is not Hyun Bin's style, in an interview with news outlet Sports Chosun on January 2017, he was asked the reason for publicly revealing his relationship with Kang Sora. He explained that there's not any particular that he went public with his relationship.

I just admitted it because it’s the truth, but that doesn’t mean I want to open up my whole private life.”

Also, he emphasized to wished a draw a line between his personal and professional life. Also, his girlfriend Kang Sora revealed that she would not attend the VIP press conference for "Confidential Assignment"  as she did not want the spotlight falls upon their relationship.

With their almost a year of a dating relationship, the couple drifted apart due to their busy schedules. On 8 December 2018, Kang Sora's agency Plum Actors came with the disclosure of their split. They stated:

“We have checked with Kang Sora and she has confirmed that she and Hyun Bin ended their relationship recently.”

“We have confirmed that Hyun Bin and Kang Sora recently broke up after drifting apart due to their busy schedules. They ended the relationship on good terms and will continue to support each other as fellow actors.”

Well, after he broke up with the actress Kang Sora, he has not spotted with any girl in the industry, it seems he is intrigued to his career for now.

Parents Take Care Of His Worth

Born with the name Kim Tae Pyung on 25 September 1982 in South Korea to Kim Won-hong father, Hyun has an older brother. Hyun graduated with Theater Studies from Chung-Ang University in 2004.

He debuted in the entertainment industry with the 2003's television series Bodyguard, then Nonstop 4 and Ireland. After this, he made his film debut with the youth Sports with Spin Kick in 2003. With more than dozens of film credits under his name, he got the overseas popularity with the drama Secret Garden.

Along with his fame, he left the movie industry for some time to volunteered to serve the 21 months of compulsory military service in the Marine Corps on 7 March 2011 and finished on 6 December 2012.

He also received a citation for being an exemplary soldier. Also, KBS2 released the "Documentary of Three Days" where the Marine life of the actor is portrayed.

For the completion of his training, he was also awarded the red insignias, and in 2013 he received President's award for saving 35 billion won (Approx. $3.3 million) over the last 17 years.

Hyun, who is the male lead in Memories of the Alhambra, also confessed that since he is not married, all his net worth and bank balance is looked after by his father. Also, he revealed that he has over ten bank accounts under his name.