Inside Iddo Goldberg's Intimate Wedding Day With Wife That Gave Him Family!

By LRU Writer | On: April 09, 2018
British-Israeli actor Iddo Goldberg, who is known for his role in the British Television Series Peaky Blinders, has a beautiful family life aside from his prosperous career. Iddo has been setting relationship goals with his long-term girlfriend-turned-wife since the day he married his girlfriend. 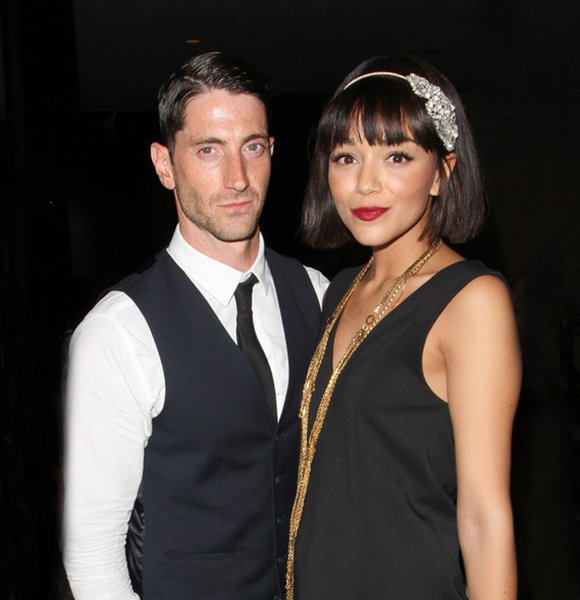 British-Israeli actor Iddo Goldberg, who is known for his role in the British Television Series Peaky Blinders, has a beautiful family life aside from his prosperous career.

Iddo has been setting relationship goals with his long-term girlfriend-turned-wife since the day he married his girlfriend.

Why don't you follow on the story of Iddo Goldberg, how he set a relationship goal?

The handsome Iddo Goldberg, who stands tall at the height of 1.8 meters (5 ft 10 inches), met his love, Ashley Madekwe, a British actress, at the set of Showtime series Secret Diary of a Call Girl.

The duo were co-stars for the serial and soon became good friends with each other. They started dating in 2008 and after around four years of dating, Iddo and Ashley decided to tie the knot of marriage.

On 17th June 2012, the couple exchanged their marriage vows and became a husband and wife via a wedding ceremony held at English countryside. Famous celebs including David Schwimmer, Mischa Barton, British actor David Walliams and Christa Allen attended the ceremony where both the Davids even competed to give a best man's speech at the wedding.

Updating Twitter about the couple's marriage, Ashley's brother, Archie tweeted that it was a fantastic day and he claimed that Ashley could not have found anyone better than Iddo.

Similarly, Ashley's co-star from the Revenge, Christa Allen also tweeted saying that the newlywed have the most incredible love and it was a treasure to witness them marrying. Iddo, who belongs to white ethnicity, made his relationship with Ashley transparent. The pair was spotted wandering around the Grove in Los Angeles holding each other close right after the wedding.

The real-life married couple also worked together in American Television series, Salem. The pair was also spotted together in the premiere of his new Amazon series, The Last Tycoon on 27 July 2017, where Ashley was a full-support to her husband.

Not only on public events, the love-birds' affection for each other can be witnessed on their social media. One such example was that on 7 December 2017, when Iddo wished a happy birthday to his wife while Instagramming a beautiful picture of her. Similarly, on 2018's Valentine's Day, Iddo's wife uploaded a picture wished her husband a Happy Valentine's Day.

All sweet gestures of the couple for each other are enough to display the concern and support for each other. The couple, who shares the family bliss, shares no children and yet to be parents

Hopefully, the couple soon gives happy news and mesmerize all the fans.