By LRU Writer | On: March 03, 2021
The only difference then and now is: he had someone of Drake's stature behind him before but is on his own now. In any case, his love life remained mysterious. In the interview with TheFader in March 2017, he said: "I’ve never had a boyfriend" when the questioner asked if he was dating someone.Unfortunately, he announced in April 2016 that he had cut ties with the label. Later, in a series of Snapchats, he branded Drake's label of only favoring the obese rappers. 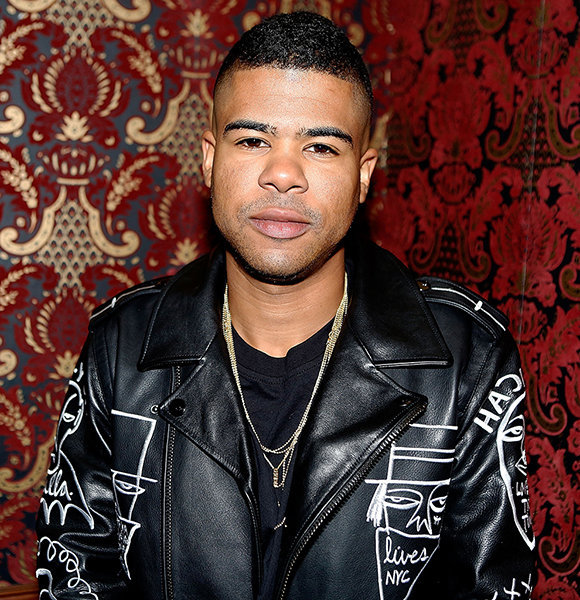 American rapper ILoveMakonnen, aka Makonnen Sheran, found fame in 2014 after collaborating with famous artist Drake for his famous song, Tuesday. The platinum-hit song turned the Los Angeles native from a struggling artist to an overnight sensation.

After rising to prominence, he made breakthroughs in both his personal and professional life. He not only signed and departed with Drake's label OVO and underwent physical transformation but also outed himself as gay.

Sheran bravely decided to come out after he had a feud with Drake and his crew at a VMAs afterparty in September 2017, as per his revealing interview with thefader. When asked about the incident, he said,

It was in the middle of the ******* afterparty at the Up&Down club. Everybody that was in there was in there. I’m in here around these Vanguard Awards and I’m accepted and I took pictures with Chainsmokers and G-Eazy and everybody and we all friends. And I’m here in the middle of the floor, no security, and they coming and I just step to the side and they see me and stop and the biggest ************ in the game goes, woo woo woo, “Next time I’ma **** you up!”

The famous rapper publicly came out as gay on 20 January 2017, revealing about his sexuality via Twitter. Posting a series of tweets, he implied that he had hidden his sexuality for far too long and wanted to get the secret off his chest. ILoveMakonnen publicly reveals himself as gay in a series of Tweets on 20 January 2017  (Photo: ILoveMakonnen's Twitter)

The news of him coming out was received with mixed responses. While most were supportive of the rapper, not all were accepting enough.

American hip-hop trio Migos, consisting of bandmates, Offset, Quavo and Takeoff, who had featured with ILoveMakonnen in the hit song, Whip It, weren't convinced by Makonnen's act.

When asked in an interview with The Rolling Stone in February 2017 about Makonnen's coming out, Quavo said,

"Damn, Makonnen! They supported him?"

After Quavo comments, Offset commented on the issue, saying,

Soon after, Takeoff jumped in to comment on the matter and said,

"We ain't saying it's nothing wrong with the gays. He first came out talking about trapping and selling Molly, doing all that[...] That's wack, bro."

However, the trio later issued an apology stating that the responses to their answer were misinterpreted. They further added that they had no problems with anyone' sexuality or preferences.

After Makonnen came out publicly, he was gossiped to be dating the fellow rapper, Lil Peep. The duo was pictured together at various social events, and their social media accounts were awash with their adorable pictures.

However, their relationship ended prematurely, without confirmation, after Lil Peep's untimely death following an overdose of narcotic analgesics on 15 November 2017.

This sudden loss of his close friend/rumored partner was the second tragic event to have happened in the life of the rapper, within a year and a half; the first one being his exit from the famous record label, OVO.

In any case, his love life remained mysterious. In the interview with TheFader in March 2017, he said: "I’ve never had a boyfriend" when the questioner asked if he was dating someone.

The Big Gucci hitmaker, who enjoys a net worth of $2 million, found success after he got affiliated with Drake and his record-label OVO.

Unfortunately, he announced in April 2016 that he had cut ties with the label. Later, in a series of Snapchats, he branded Drake's label of only favoring the obese rappers. Rapper ILoveMakonnen with R&B superstar Drake during an event together (Photo:Complex.com)

Makonnen, who had undergone an extensive weight loss program after his hit song Tuesday, looked a far cry from the capacious, burly figure from his early days.

Sheran alleged that his weight loss increased distance with OVO, resulting in a delayed release of his songs and albums. He said in a series of Snapchats that OVO stood for "Overweight Only," in April 2016. He further added that he was out from OVO because he was underweight and those at OVO did not like his aesthetically pleasing images.

However, he later backtracked from his original stance and called Drake a big role model for aspiring artists, and also thanked OVO for giving him a platform to thrive in the competitive Hip-Hop stage.

However, the retirement proved only to be a short summer holiday, as he was back into the Rap industry with his new project, Fun Summer 17 (Vol 1), on April 2017. The rapper was back into the music industry, but he was in no hurry.

After Fun Summer, he tried to gain fame on his own, releasing rock-centric single Love featuring Rae Sremmurd in 2017 and a collaborative EP with Ronny J in 2018.

As of now, the rapper is on his own and trying to establish a strong foothold in the crowded R&B scene just as it was like in 2014. The only difference then and now is: he had someone of Drake's stature behind him before but is on his own now.

In total, he has enjoyed 3 EP's, 16 mixtapes, three singles, and numerous high profile guest appearances in his career. He is still reportedly affiliated with Warner Bros' record label.