By LRU Writer | On: June 09, 2019
After four years together, in June 2019, Russian model Irina Shayk ended her relationship with long-term boyfriend, Bradley Cooper... No group appeared happier with the news of Irina and Bradley's split than the supporter of soccer star Cristiano Ronaldo... 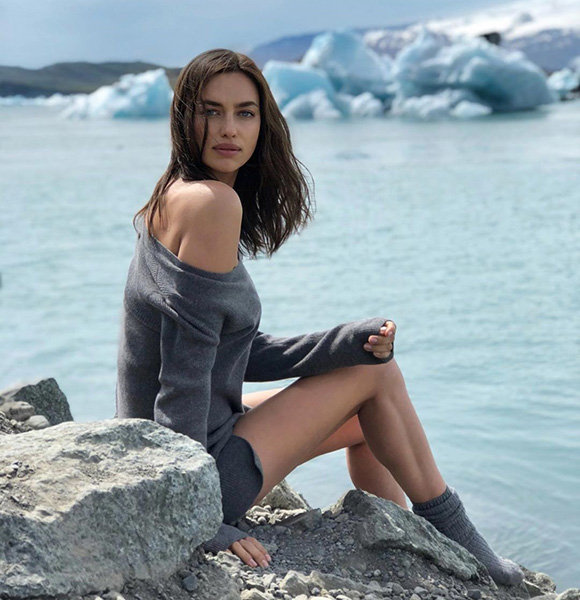 According to sources close to her, the Victoria's Secret Angel dumped the A-List actor, who wouldn't commit to her. Reportedly, she wanted more attention from her boyfriend.

Instead of making the struggling romance work, Bradley allegedly became too much occupied with the acting career. Seeing no ways out, the 33-year-old world renowned model broke things off.

At the height of the duo's tumultuous romance, Irina and her then-actor boyfriend got into numerous spats. A huge fight ensued between the two around the time that the 2018 film A Star Is Born - starring Bradley and Lady Gaga - got released.

For Bradley's career sake, Irina didn't end the romance at the moment.

The only reason why Irina's relationship with Bradley - now age 44 - lasted so long is the pair's daughter, Lea de Seine Shayk Cooper.

The former A-List duo welcomed their only child Lea in March 2017. Two years earlier, they first ignited dating rumors after attending a Broadway show as a couple.

In the months that followed, Irina and Bradley grew closer as talk of them starting a family escalated. By September 2015 - having spent time with each other's families - they were already exchanging "I Love You's."

Several months later, the Russian beauty made the romance with her once-husband prospect Bradley official via Instagram. While still dating, she and the Limitless actor made numerous red carpet appearances. Debuting the baby bump at the 2016 Victoria's Secret Show, Irina - who owns an eight-figure sum in net worth - shocked the entire world.

As expected, fans began speculating when the lovebirds might go up the ante and announce the wedding date. To their dismay, the duo's romance only went downhill after welcoming Lea.

No group appeared happier with the news of Irina and Bradley's split than the supporter of soccer star Cristiano Ronaldo. Back in 2018, the former Real Madrid player reportedly confined to his friends about still loving the Russian supermodel. Between 2010 and 2015, the Victoria's Secret Angel of five feet and ten inches height (1.78 m) shared romantic ties with the Portuguese International. Despite Cristiano fathering a child with a mystery woman, she stayed with him.

Acknowledging her loyalty, then-husband prospect Cristiano popped the big question. To which, she allegedly replied with a big yes. From there, the relationship never developed. After the Juventus player's admittance of not wanting to get married anytime soon got public, it only worsened.

And in early-2015, Irina and Cristiano severed their ties. In the days leading up to the separation, they had unfollowed each other on Twitter. The gorgeous Russian brunette was a notable absentee at the Ballon d'Or presentation.