By LRU Writer | On: September 13, 2019
New age, a time to live free! In April 2019, Charlize Theron revealed that she was raising her seven-year-old son-Jackson Theron as a transgender. While talking to DailyMail, the Hollywood A-lister said,...Jackson’s Parents...Jackson’s Adopted Mom’s Bio 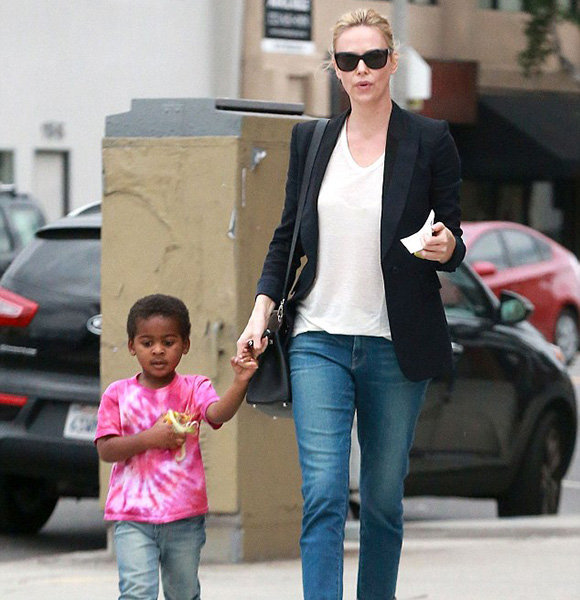 In April 2019, Charlize Theron shocked everyone by revealing that she was raising her seven-year-old son-Jackson Theron as a transgender. While talking to DailyMail, the Hollywood A-lister said,

Yes, I thought she was a boy, too, Until she looked at me when she was three years old and said, ‘I am not a boy!’ The information on Jackon being a transgender came after he wore feminine dresses in multiple outings. While the Oscar-winning actor strived to be a good parent to her child, critics were not too happy about her son dressing up as a girl.

Similar Transgender Transformation Story:- Marci Bowers Before and After Pictures & Family With Wife; A Bio

The so-called experts were ready to point out that a mere child, Jackson was too young to be identified as a transgender.

The transgender child, age 7, was born in South Africa. Though born to African-American father and mother, he was adopted in 2012 by the Monster actress, Charlize. After being a single child for three years, Jackson welcomed an adopted sister into his family in August 2015.

According to his superstar mother, the siblings love each other immensely and share a special bond.

Charlize Theron was born in 1975 in Benoni, Transvaal Province, South Africa. Growing up in a troubled home, she had quite a traumatic childhood. Her father, Charles, who was an alcoholic, violently attacked Charlize and her mother, Gerda.

In the moment of fear, Gerda took a gun and shot her husband while a young Charlize watched the happenings. After the case went to court, it was deemed as self-defense, and the Children of the Corn III actor’s mom was allowed to walk free.

After getting her start in modeling at the age of 16, the Devil's Advocate actor moved to NewYork to pursue a dancing career. But, her dreams got shattered when she met with knee injuries. Thus, she chose a new career path of acting.

Initially, she appeared in 90s movies like Days in the Valley and That Thing You Do! Her talent and perseverance pushed through when she got to act in celebrated filmmaker Woody Allen’s Celebrity.

Well, Charlize’s shining moment came when she worked in the biopic of serial killer Aileen Wuornos-Monster. Her touching performance struck the chord with the critics, and she was awarded the Oscars for the lead role in 2003.

The South African native had a string of famous boyfriends in her decades-long Hollywood career. She famously dated Sean Penn in 2014. But, the couple couldn’t last longer than eighteen months.

Rumors were also rife about the North Country star dating Hollywood hunks Alexander Skarsgård, Ryan Reynolds and Jeremy Renner. However, no further news about her relationship with the men came out.

Besides all, Charlize had the longest relationship with Stuart Townsend. She dated the Queen of the Damned actor for nine years (2001-2010) before eventually parting ways.