Jacob Elordi Dating Status Now, Who Is His Girlfriend?

By LRU Writer | On: February 04, 2020
Jacob Elordi is an Australian actor...rose to fame after playing Noah Flynn in the Netflix original film, The Kissing Booth (2018)...sparked dating rumors with Euphoria co-star Zendaya...previously in a relationship with The Kissing Booth co-star Joey King...at the age of...stands at the height of 6 feet 4 inches (1.94 meters)...in movies and TV shows... 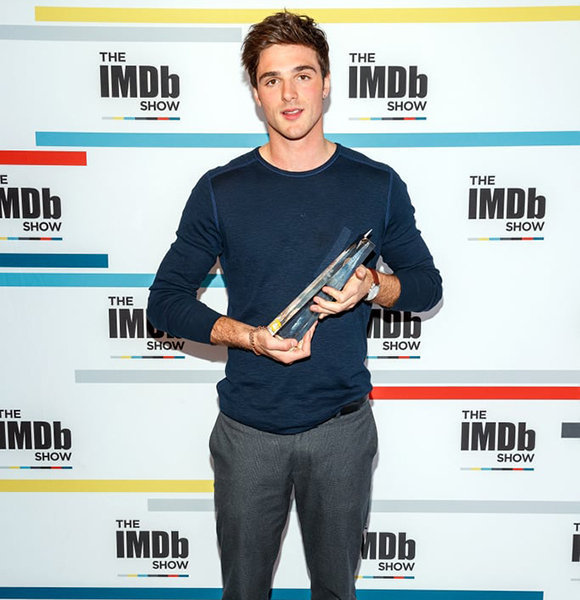 Jacob Elordi is an Australian actor who rose to fame after playing Noah Flynn in the Netflix original film, The Kissing Booth (2018).

Following his breakout role, he went on to star in HBO’s Euphoria (2019). Some of his other works are Swinging Safari (2018) and The Mortuary Collection (2019).

Besides acting, he has also dabbled in writing; he wrote and starred in the short film, Max & Iosefa (2016).

The Euphoria star sparked dating rumors with the series’ co-star Zendaya when they vacationed together in Greece in the summer of 2019.

Both parties have denied romantic involvement. Zendaya called Jacob her “best friend” when she presented him with the Rising Star award at the American Australian Arts Awards dinner on 30th January 2020. Jacob also told GQ Australia that she was like his sister. The rumors had died down significantly after their comments.

However, it gained a lot of traction after they were photographed together in New York City. Jacob can be seen giving Zendaya a kiss on her head in the photograph.

Jacob was previously in a relationship with The Kissing Booth co-star Joey King. The two met on the set of the Netflix original movie and started going out not long after.

They were very open about their relationship and often shared about each other on their social media. The couple sparked breakup rumors when they stopped doing so in late 2018. At the time, they denied any breakup rumors.

Not long after, Joey deleted all her posts involving Jacob before confirming their break up in an interview with Refinery29.

Jacob was born to John and Melissa Elordi on 26th June 1997 in Brisbane, Australia. The Kissing Booth actor has two sisters: Isabella and Jalynn.

His next work was in Swinging Safari (2018), which is also his first major work. He went on to play in The Kissing Booth the same year.

Another Kissing Booth Actor:- Byron Langley Dating Status, Who Is Girlfriend? Get Every Details

The Netflix original movie was very successful and catapulted Jacob’s career. He starred in HBO’s Euphoria and The Mortuary Collection in 2019.

The Very Excellent Mr. Dundee, 2 Hearts, The Kissing Booth 2, and Deep Water are all his works that are set to come out in 2020.