By LRU Writer | On: July 22, 2019
Jacob Hopkins commenced dating girlfriend from...rumors of him being gay are...siblings with musician...hails from a family of...parents were supportive of his... 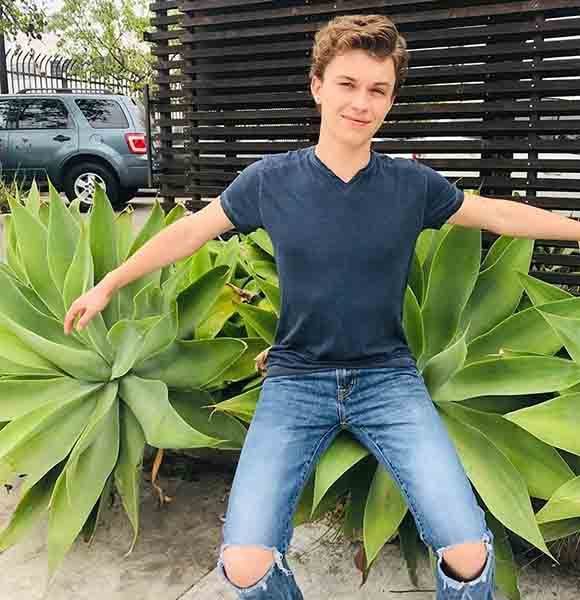 An actor by trade, Jacob Hopkins gets best remembered for voicing the titular character in the beloved Cartoon Network series, The Amazing World of Gumball. Inside Out, The Loud House, and We Bare Bears are some of his other notable works as a voice actor.

At the mere age of eight, the San Francisco, California-native earned his first significant acting gig with How I Met Your Mother. Portraying the role of Billy, he appeared on an episode called The Wedding Bride.

Two years after the landmark feature, Jacob starred as Alexander Drew in the hit teen series, True Blood. While he made appearances in only three episodes, the show helped him earn much-needed exposure.

After True Blood, the former RCVR star landed a recurring role of Chad Kemp in The Golbergs. He joined the show's cast in 2013.

Elsewhere on the big screen, Jacob boasts acting credits in movies including Priest, Missing At 17, The Boy who cried Fish!, and The Nerd Posse.

Considering his more than impressive filmography, he should boast a healthy net worth by now. That said, a proper sum to outline his income and earnings don't exist.

Falsely assuming child actors of being gay is nothing new. Jacob undoubtedly isn't the first child star to get slapped with the gay tag; he surely won't be the last.

Beyond the misled truth about his sexuality, he appears very much straight. One need not go much further than his dating history with his child actress girlfriend Merit Leighton for evidence. Manga fanatic Jacob and The Nerd Possee star commenced dating in April 2015. Once they went public with the romance, fans dubbed them an "it" couple.

For their part, the Game Shakers actor and his girlfriend gave fans reason to ship their relationship with adorable Instagram photos. By late-2017, the duo romance reached a dead-end as both ceased to appear on each other's social media.

Jacob - now age 17 - inherited the love for acting from his biological father, who is an acting coach by profession. At age five, he began accompanying his dad to casting events. Meanwhile, his mother operates the Breaking the Chains Foundation.

Hailing from the family of four, the former About a Boy actor is siblings with aspiring musician Gerard Hopkins. Growing up, the Hopkins brothers recieved unconditional support to pursue their passion from their biological parents.